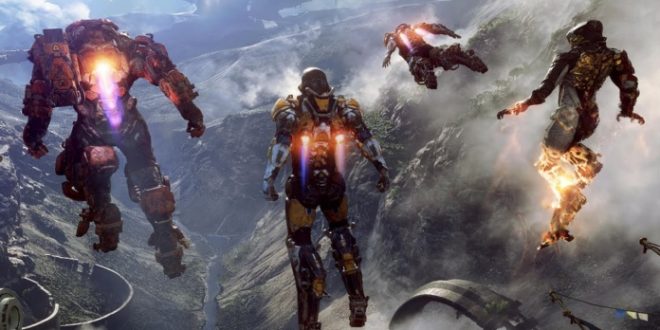 It’s always nice to sit down and relax with a quality game. Even better when you have some friends to play these games with you. For this reason, we have prepared some recommendations of the best games out there suitable for joyful play sessions along with some buddies.

Let’s start this list with a no-brainer. Portal 2 was released back in 2011 and to this date is still considered one of the best co-op games ever to be conceived. It’s smart and very funny. Not many games can pull off insulting their players, but Portal 2 does this constantly leaving a smile on the face.

While the majority of the game is created for a single player, Portal 2 features an amazing co-op mode balancing between cooperation and friendly rivalry. Additionally, after completing the main co-op campaign you will be able to download various community created maps which accumulate to hours upon hours of joy.

Trust us! Overcooked 2 can be the game that makes or breaks your friendship. It’s an adorable co-op cooking simulator and a sequel to the award-winning game by Ghost Town Games. Overcooked 2 challenges players to multitask and coordinate their actions in the most absurd places possible. We know it will be hard, but please try not to yell at each other while playing the game.

If you’re into fantasy worlds and don’t mind some on-screen violence we recommend you give Diablo 3 a try.  It’s one heck of a co-op game which can be played together in its entirety. Additionally, it has a huge replayability value, many classes to choose from, and an insane amount of varying difficulty levels. It’s easy to pick up, but hard to put down, and that’s how good co-op games should be.

There’s no other similar game to Screencheat. The main idea behind it is to shoot other players and win, but there’s a twist. You cannot see your opponents on your screen. They are invisible and the only way to know where to shoot is, well… to cheat. In order to win you need to glance at the opponents’ screen and guess their location.

5 years ago Ubisoft released Rayman Legends, an action-adventure platformer which to this date is regarded as one of the best games in the genre. While you can play this game solo it is way more fun playing with friends. Pick your characters and dive into the magical paintings representing various cleverly crafted levels. Additionally, some of Rayman Legends’ will enable you to compete with other players playing many fun mini-games. We can promise you good times and lots of laughter.

We can guarantee that all of the games on our list will make it worth your while. All of these titles will grant you tons of joy and will give plenty to talk and laugh about during your co-op party. If you don’t know where to buy these awesome games, visit Eneba marketplace to buy them cheaper than anywhere else.

I’m Load The Game’s co-founder and community manager, and whenever I’m not answering questions on social media platforms, I spend my time digging up the latest news and rumors and writing them up. That’s not to say I’m all work and no fun, not at all. If my spare time allows it, I like to engage in some good old fashioned online carnage. If it’s an MMO with swords and lots of PvP, I’m most likely in it. Oh, and if you’re looking to pick a fight in Tekken or Mortal Kombat, I’ll be more than happy to assist! Connect with me by email markjudge (@) loadthegame.com only
@@MarkJudgeLTG
Previous Block City Wars – Is it worth playing?
Next Is It Possible to Learn Programming Online from Scratch?

Child of Light Sequel on the Way

Blizzard has announced a series of changes to be included in the next major patch ...