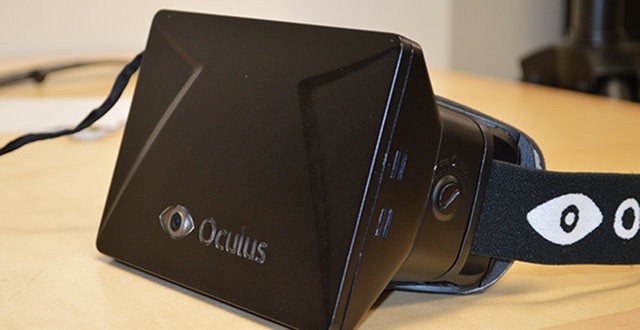 Oculus Rift will be cheaper than most expect it to be

We learned yesterday from a rather surprising IFA announcement that the folks over at Oculus VR have teamed up with Samsung for a new product. This device is a virtual reality headset powered by the Samsung Galaxy Note 4 that goes by the name of Gear VR. As exciting as that may be, most of us are still more curious about the Oculus Rift. While the development toolkit two (DK2) has been released earlier this year and praised by many devs, we still haven’t heard anything about a consumer version of the device. Sadly, the Oculus VR team can’t reveal anything about this for the moment so we still have to wait a while longer. “We don’t have anything to announce at this time,” Co-founder Nate Mitchell told Eurogamer when asked about a release date for the consumer version of the Oculus Rift . “Sorry, that’s the toughest question – it’s the one that pains me the most!”

On the bright side, the team was able to reveal a couple of details regarding the price. Now, usually innovative devices such as the Oculus Rift come with a pretty high price tag, but it seems this is not necessarily the case every time. Mitchell reveals that the consumer version will cost about as much as the DK2, namely between $200 and $400. “We want to stay in that $200-$400 price range,” he says. “That could slide in either direction depending on scale, pre-orders, the components we end up using, business negotiations…” Creator Palmer Luckey also adds that the Oculus Rift is “going to be as cheap as possible. That’s really the goal.”

During the interview with Eurogamer, the two also touched on a few other subjects, one of them being Sony’s Project Morpheus. Luckey says that Sony’s VR headset hasn’t really affected the Oculus Rift at all. Moreover, he doesn’t seem entirely convinced that Project Morpheus will actually make it to the market, but even if it does, the headset is meant to be used with the PS4 only. Seeing as how the Oculus Rift is not tied to the platform, Sony’s device will have no impact on the development of the Rift. “Right now it’s a tech demonstration for PlayStation 4,” he says. “They’ve said that it’s not a product that they’re announcing. There have been lots of things Sony’s shown – they even showed AR glasses a few years ago at CES that were never made into anything.”

“So even if they do decide to make it into a real product that ships, it’s on PlayStation 4,” Luckey explains. “We are not on PlayStation 4 so it doesn’t really change our strategy or what we’re making.”

I’m Load The Game’s co-founder and community manager, and whenever I’m not answering questions on social media platforms, I spend my time digging up the latest news and rumors and writing them up. That’s not to say I’m all work and no fun, not at all. If my spare time allows it, I like to engage in some good old fashioned online carnage. If it’s an MMO with swords and lots of PvP, I’m most likely in it. Oh, and if you’re looking to pick a fight in Tekken or Mortal Kombat, I’ll be more than happy to assist! Connect with me by email markjudge (@) loadthegame.com only
@@MarkJudgeLTG
Previous Destiny and Halo: The Master Chief Collection Xbox One bundle now available in the UK
Next Galaxy Note 4 vs. OnePlus One – which is worth waiting for?