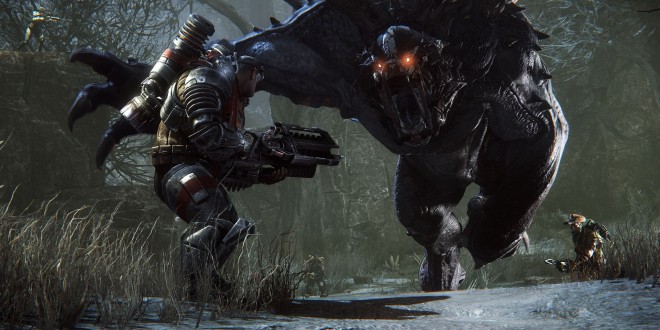 Evolve DLC Maps Will Be Free

Evolve DLC Maps Will Be Free

Map Packs aren’t anything new. We have $50 Season Passes for games like Call of Duty and Battlefield. With the individual prices of the packs costing a whopping $15 for 3-5 maps. Well, it looks like turtle Rock wants to play the good guy, as they have announced that their DLC Maps will all be free for Evolve. This comes from a recent interview over at IGN with Turtle Rock’s Creative Director Phil Robb, while talking about Evolve. Evolve will not only have new maps coming after launch though, while Turtle Rock is busy still announcing new character’s for Evolve, they do plan on selling new characters and monsters, which may seem bad to some. However, this does not split you up from your friends, Robb stated this in the interview as the reason and it’s a very logical one at that. While maps in Evolve may be considered a necessity to some, the characters and monsters they will be selling are only secondary.

“First thing we [Evolve’s creative leads] said was we can’t break the community up, so all of our maps will be free. We never want anyone to get booted off of a server because they haven’t bought something.”

It seems very reasonable though. As Evolve will offer more than enough characters at the start and you don’t exactly NEED to buy the extra ones when they come out. Robb also addressed this issue as well by stating:

With the prices of map packs going up it is very interesting to see a developer go against the trend. It would also be nice to see this trend catch on with companies like EA, Activision, and Ubisoft. For those of you who do not know what Evolve is, it is a team based competitive FPS, where 4 hunters have to track down and kill the monster before he evolves to his final stage and destroys  the generators that protect the citizens in a nearby area. It’s a very interesting game which is currently slated for February 10th, 2015.

Christopher is a Contributor at Load The Game and a Community Manager for Project Extract. If he isn't writing about games or playing games, then he's more than likely thinking about, you guessed it, games. Christopher prefers RPGs over all, but isn't opposed to jumping in to just about anything.
@Reaperchris13
Previous Using the Galaxy Note 4 display in direct sunlight
Next Alan Wake developer working on a “blockbuster” iOS title

Another year means another Call of Duty game, which is something that those with even ...