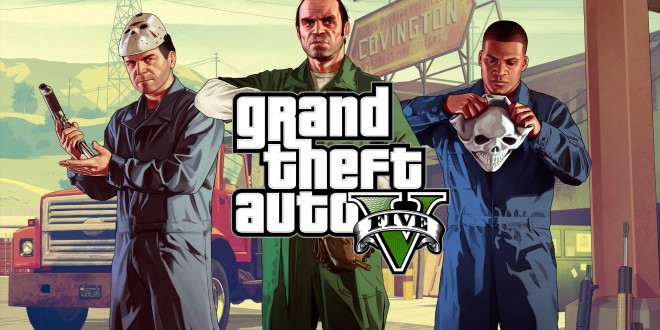 Looks like Michael, Franklin, and Trevor will have to go to the land down under and have a chat with Target Australia, as GTA V has been taken off of shelves.  A petition arouse not too long ago about Target selling GTA V due to sexual violence in the game. Well, it appears that the misguided petition has won, as Target Australia has announced they will no longer be selling GTA V due to “strong feedback from customers” although is it right for Target to stop selling the game? The change.org petition has reached over 30,000 and now it’s off the shelves, but that doesn’t make it right. As the petition is extremely misguided and one sided. As GTA V does not advocate sexual violence or violence against women really, it’s up to the player. What Target and the petition seems to ignore, is the fact that almost everything you do in GTA V is up to the player, that’s to say in freeroam of course and there is no appearance of sexual violence in the game.

To my knowledge there are actually no missions that encourage violence on women. One mission comes to mind, but the death of the female is an accident. So, what this petition goes off of is a single user’s experience and choice and Target has fallen for that. As there are especially no missions in the game that advocate sexual violence against women. There is sex and there is violence in the game, but the two are far apart. I actually fear that Target and the petition are ignorant to the meaning of sexual violence, as it very different from their understanding.

While this only hurts Australia, I fear the petition may go elsewhere. It’s something that shouldn’t be allowed for many reasons, mostly because their argument is sorely misinformed. Target Australia has pulled the game from it’s shelves and it may happen to other countries as well. You can read Target’s press release, but it’s not very informative. Target Australia has removed GTA V solely due to the petition and the consumer outrage it has brought. It will be interesting to see if the game comes back to Target’s shelves in Australia, but I fear Australia may not be the only place where this happens.

Christopher is a Contributor at Load The Game and a Community Manager for Project Extract. If he isn't writing about games or playing games, then he's more than likely thinking about, you guessed it, games. Christopher prefers RPGs over all, but isn't opposed to jumping in to just about anything.
@Reaperchris13
Previous iPhone 6 Sales Erode Android Market Hold
Next Google Inbox Invites For The Next Two Hours Only