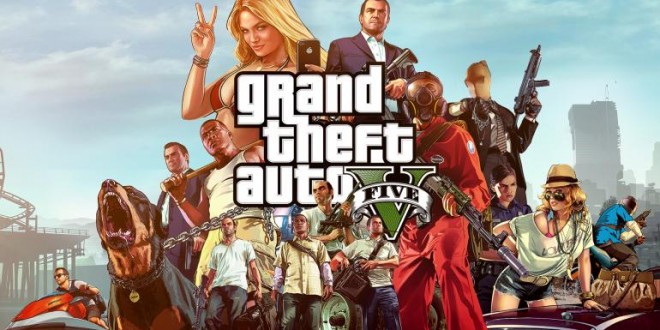 Grand Theft Auto V was awarded Most Expected Game, pre-release, and ranked second on the “Top 25 Xbox 360 Games”. The high commercial success is not a surprise, the game generated more than 800 million dollars in twenty-four hours after its release and close to one billion dollars after only three days, breaking the record of “Call of Duty: Black Ops II”.

It took five years and the work of over 1000 people to complete it, so fans of GTA can enjoy the new game in the fictional state of San Andreas (the GTA version of Southern California) and the three main characters, instead of one.

If you are playing the game, you already know that San Andreas is a big place, and there cloud be some details you overlooked. To keep you from wandering around the game after finishing the missions, and to help you discover some cool new features while exploring it, here are some of the latest cheats released, all suitable for PC, Sony PlayStation and XBOX 360:

Only applicable to humans, not cars or motorcycles, this cheat makes you invincible for five minutes and if you want to use it again, you must use the code after five minutes have passed.

Get weapons and extra ammo

You can activate this cheats while playing the game or when you hit the pause button, a notification will pop confirming that the cheat has been activated. Unfortunately, for Xbox 360 you will have to enter these cheats each and every time you start playing, because the GTA 5 cheats will not be saved, also, you cannot use the cheats for mission gameplay.

But if you consider yourself a real criminal, this shouldn’t worry you one bit, so enjoy the new GTA using some of the tips bellow:

You can adjust how high or low the camera hovers behind your vehicle while driving in the display options.

Take a selfie
To take a selfie, all you have to do is slick the right stick while using the Snapmatic app, your photos will be on the Rockstar Social Club.

Fill your ammo
You can fill a gun’s ammo capacity completely while shopping in Ammunation. Select the ammo type for the weapon in question, then press X on Xbox, or circle on PS3 to switch to ‘full ammo’.

If you receive an email on your phone from another character, you can reply by pressing A on Xbox or X on PS3.

When a getaway vehicle is required, always take your chosen car to Los Santos Customs first and fit it with bulletproof tires, an armour, and anything else that might be useful.

Clean kills
The cleanest kill that will earn you the most points from Cletus, is to shoot your targets through the heart.

Play your favorite song
While in a vehicle, hold left on the D-pad to slow down time and bring up the radio station radial menu. This gives you time to flick through stations to find a song you like without worrying about crashing.

Find collectibles using Chop
If you have the iFruit app, you can send Chop to look for collectibles. Select ‘make Chop hunt for pick-ups’ and he’ll run towards any in the vicinity, barking more as he gets closer.

Adjust your car in mid-air

To adjust the orientation of your car while in mid-air, use the left stick. This makes landing stunt jumps much easier and increases a character’s driving skill.

Fire truck fun
While driving a fire truck, press the right bumper on Xbox or R1 on PS3 to activate the water hose. You can always try spraying some pedestrians.

Watch your depth
Be careful if you dive deeper than 486 meters in a submarine, the controller will vibrate as a warning, don’t ignore it or you’ll be crushed.

Fly a jumbo jet
You can fly some of the big passenger jets at the airport. Press Y on Xbox or triangle on PS3 anywhere near it to get in. Your character will suddenly appear in the cockpit. To explore the airport freely without getting any wanted stars, buy a hangar there.

Kill your friends
If you run into one of the three characters on the street, you’ll sometimes get the option to hang out. If you kill them, you’ll get an angry text from them later and have to pay their medical bills.

If you encounter with a bike thief, make sure you return it to the owner, who may be a wealthy CEO, and will reward you with $100,000 of stock in his company later in the game.

Passing security vans will be marked blue on your radar. If you have sticky bombs, attach one to the back doors and blow them off to get the money inside. This will, naturally, alert the cops.

Customised parachutes
You can customize your parachute’s color and pattern in Ammunation.

Hope you find these cheats and tips useful, but you are more than welcome to add anything regarding GTA 5 cheats in a comment below.

I’m Load The Game’s co-founder and community manager, and whenever I’m not answering questions on social media platforms, I spend my time digging up the latest news and rumors and writing them up. That’s not to say I’m all work and no fun, not at all. If my spare time allows it, I like to engage in some good old fashioned online carnage. If it’s an MMO with swords and lots of PvP, I’m most likely in it. Oh, and if you’re looking to pick a fight in Tekken or Mortal Kombat, I’ll be more than happy to assist! Connect with me by email markjudge (@) loadthegame.com only
@@MarkJudgeLTG
Previous What’s Next for Crystal Dynamics
Next Samsung Galaxy Note 3 vs. OPPO Find 7 – Underdog vs Flagship – Prices and Specs