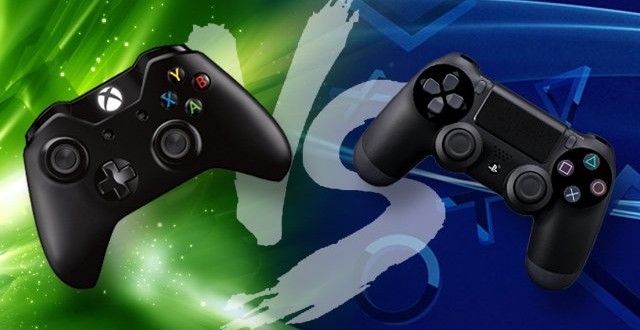 2014 has been a great year for gaming despite all the controversies, scandals, and massive amount of broken titles at launched. Console gaming in particular was incredibly popular this year, with both the Xbox One and PS4 selling many more units and titles than the last generation. This seems a bit strange considering that we haven’t had a big number of exclusives on either console, although this is expected to change in a big way next year. For now though, let’s take a look at the current situation and see which of the consoles is the most popular at the moment. While the Xbox One has certainly gained quite a bit of ground lately, it’s not too surprising to see that the PS4 is still leading by quite a large margin more than one year since launch.

In fact, Sony’s console was able to remain the console of choice for ten consecutive months until October when Microsoft finally managed to break this winning streak. But this victory was short-lived it seems as the PS4 was back at number one in November according to the latest statistics. The figures reveal that Sony sold an impressive 2.6 million consoles last month, which puts their total number of PS4 systems sold at around 17.3 million. Meanwhile, Microsoft was not too far behind in November with 2.3 million Xbox One units sold, although the total number here is just at about 10.1 million.The Redmond-based company has made a lot of progress in the second half of the year and especially in the last 2-3 months, but it still has a long way to go before catching up with its rival.

Unsurprisingly, the PS4 is leading yet again this month with about 781 k units sold in the week ending on December 13th, compared to the aprox. 546 k Xbox One consoles sold during the same period. While the rivalry known as the ‘ console wars ‘ will likely continue for a very long time, perhaps it’s time to look at the big picture here. Both the PS4 and Xbox One are selling incredibly well, which is always great news for the gaming industry as a whole. But if you’re not particularly interested in how the industry is evolving consider that this rivalry is forcing both Sony and Microsoft to come up with better strategies (more commonly known as schemes) of swaying customers to their side. This should translate to even more promotions, price cuts and most importantly, awesome exclusives for the PS4 and Xbox One.

I’m Load The Game’s co-founder and community manager, and whenever I’m not answering questions on social media platforms, I spend my time digging up the latest news and rumors and writing them up. That’s not to say I’m all work and no fun, not at all. If my spare time allows it, I like to engage in some good old fashioned online carnage. If it’s an MMO with swords and lots of PvP, I’m most likely in it. Oh, and if you’re looking to pick a fight in Tekken or Mortal Kombat, I’ll be more than happy to assist! Connect with me by email markjudge (@) loadthegame.com only
@@MarkJudgeLTG
Previous Tizen-based Samsung Z1 shows up in leaked photos
Next Samsung memory module with 4 GB RAM to be ready early next year