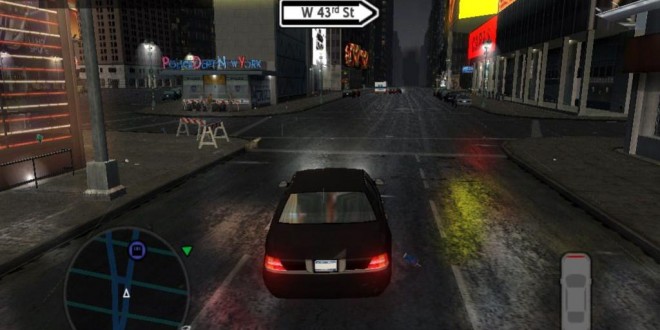 True Crime was a series published by Activision

The True Crime trademark has been abandoned by Activision due to failure to respond or file an action for the trademark. True Crime is a action-adventure series set in actual cities such as New York and Los Angelos. There were only ever two games with the True Crimes label, one in 2003 titled True Crime Streets of LA, and another in 2005 titled True Crime New York City. Both played off of the success of the Grand Theft Auto series but shifted perspective from playing a criminal to playing a person in law enforcement. Originally developed by Luxoflux who previously developed car combat games such as Vigilante 8 and Star Wars Demolition. Activision purchased the company after their success with the car combat games and during their development on True Crime Streets of LA. After the two True Crime games Luxoflux worked on licensed titles before being shut down in 2010 by parent company Activision.

After Luxoflux’s shutdown, United Front Games was brought on by Activision to develop another True Crime game. Development for the title, which would become Sleeping Dogs, began in 2007 until 2011. Activision, seeing the success of Grand Theft Auto IV and Red Dead Redemption, lost faith in United Front Games’ project and abandoned the team and game in June. United Front was forced to lay off 120 employees until Square Enix picked it up in August of 2011. With their backing, Sleeping Dogs was released one year later in August of 2012. Critical reception was good, and commercially the game sold 1.5 million copies. Despite those high sales, Square Enix considered the title a failure. However, United Front Games is working on a spin-off called Triad Wars which will be a MMO set in the Sleeping Dogs universe. United Front Games have also developed Modnation Racers for PlayStation 3, a series that went nowhere. They developed the psuedo-sequel LittleBigPlanet Karting which also failed to take off. Recent work includes porting Tomb Raider to Xbox One and helping with Halo The Master Chief Collection. As for the original True Crime developers, the founders of Luxoflux, Adrian Stephens and Peter Morawiec went on to form Isopodlabs who developed two car combat titles for consoles and one for iOS devices.

The abondonment of the True Crime trademark is a result of Activision’s neglect. They were either too stubborn to sell it to Square Enix or couldn’t get anyone to purchase it. Now that the True Crime trademark is no longer in the hands of one of the most financially successful publishers, perhaps someone will do something with it. True Crime sales are estimated to have reached the millions, with the first game, Streets of LA, selling nearly 3 million copies on the PlayStation 2. The sequel, New York City, failed to surpass the original’s sales, likely the reason Activision left the series in hibernation. The second entry also faced harsher critical reception, being marked about 10 points less on average than the original. The True Crime trademark is currently owned by JD.com, a Lawyers company in the Bronx. That game status is listed as abandoned on March 2, 2002. The first title came out on November 3, 2003. Meaning Activision never filed to renew the license since the first filing, with the only status date being on April 17, 2002. Another trademark application that has failed to be renewed is “PLAYWORKLIVEBREATHEGAMES” which is the slogan for Radical Entertainment, another Activision company that has been relegated to support duty since 2012 when they released Prototype 2, which will be free for PlayStation Plus members in January.