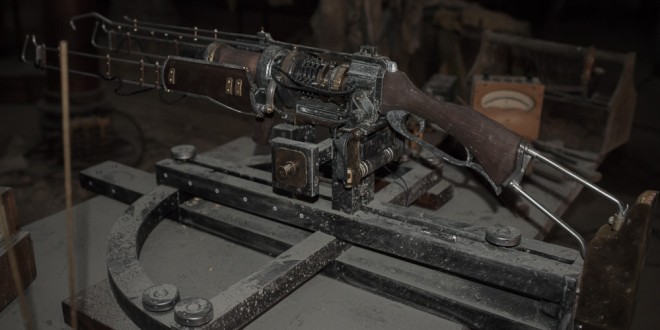 Ready at Dawn’s Playstation 4 exclusive title The Order: 1886 is scheduled for release on the February the 20th, 2015. Until then, those who yearn for more  content have the chance to find snippets of information on the game’s Tumblr account. The alternate reality game started when the The Order: 1886 official Twitter provided a link to the mysterious site. The site appears to be run by a man called Ian, who offers an interesting look into the background and lore of the game, with updates containing videos, pictures and more.  This helps people feel involved with the game and immersed in its world. Not to mention entertained, even before the actual game’s release.

Ian’s grandfather seems to have been involved with The Order and Ian, together with his friend Jim, are searching for clues that could unveil the horrible truth about a forgotten part of history. Those who visit the site can help uncover this secret, by solving the puzzles and discussing the conspiracies the clues hint at. This helps people feel involved with the game and immersed in its world, not to mention entertained, even before the actual game’s release. This additional content has great production value. The blueprints, maps and props are very detailed, also the codes are quite hard to crack, providing real challenge for those interested. They are not just a lazy marketing gimmick.

The fact that Nikola Tesla was involved with the Order is no secret at this point, but aside from detailed pictures of the guns he designed, we are treated with a picture of an early lightbulb and a newspaper fragment that could point to a possible conspiracy involving Thomas Alva Edison. Edison and Tesla were rivals in real life, could this mean that the developers are hinting at an in game rivalry as well? Will Edison make an appearance in the game? If so, could he be on the side opposing the Order?

Teasers like these bring up many questions and keep excitement for the game going. Hopefully the actual gameplay is just as exciting as the storyline is shaping up to be.

I’m Load The Game’s co-founder and community manager, and whenever I’m not answering questions on social media platforms, I spend my time digging up the latest news and rumors and writing them up. That’s not to say I’m all work and no fun, not at all. If my spare time allows it, I like to engage in some good old fashioned online carnage. If it’s an MMO with swords and lots of PvP, I’m most likely in it. Oh, and if you’re looking to pick a fight in Tekken or Mortal Kombat, I’ll be more than happy to assist! Connect with me by email markjudge (@) loadthegame.com only
@@MarkJudgeLTG
Previous Apple Ships 1 Billion iOS Devices
Next Best iPhone 5S and iPhone 4S cases on the market