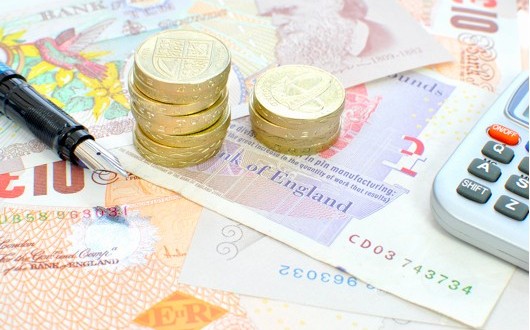 UK government pledges to give more funding to game developers.

Last week British people voted in the general election to select their Prime Minister for the next half a decade. Despite debates about a second term being governed by a coalition between two political parties, the Conservative party won out right allowing David Cameron to remain in power. Meanwhile in Scotland, on the back of last years failed attempt to gain independence, the Scottish National Party (SNP) won most of the votes in the northern country giving them much more control in the British parliament. So far so boring. But what is interesting is what both political parties pledged regarding game development, as well as variety of other arts funding.

In an interview with Kotaku, Conservative spokesman, Tim Smith stated, “The creative industries have become our fastest-growing economic sector, contributing nearly £77 billion to the UK economy – driven in part by the tax incentives for films, theater, video games, animation and orchestras we introduced. […] We will continue these reliefs.” In their previous term the Conservatives, as well as the Liberal Democrats, as part of a coalition government introduced new schemes that saw computing become a mandatory topic for children and teenagers throughout school. So it appears the Conservatives want to continue this trend of influencing and promoting computing to a younger generation. This can only be seen as a positive thing as we become more technologically reliant, we will require more and more people to be proficient with code and programming. What this means for gamers is that there will be a huge wave of school goers learning from a young age how to start to program, which in theory could lead to a new generation of indie or triple A developers.

The plan to influence youngsters and promote the creation of games is not exclusive to England though. Kotaku also interviewed the SNP regarding game development and how they intend to expend the country’s gaming industry. “The video games industry is an important part of Scotland’s innovation platform […] It might not be the first thing that people think about when they think about industry but it’s growing and contributing to Scottish culture as well as Scotland’s GDP.” The idea of boosting the economy by supporting gaming and arts in general is clearly important to the major political parties in the UK and seeing how the market has continued to grow the government and parliament are keen to use it to generate revenue to help the country.

The UK gaming industry is already well represented, with companies like; Ninja Theory, creators of DMC, Rocksteady, creators of the Batman Arkham series, Media Molecue, creators of the Little Big Planet franchise plus many more, along with different arms of studios like, Rockstar, Ubisoft and EA  being based out of the British isles. With further backing these studios should be able to create and develop many more exciting and innovative games.

Government funding could also help create more independent gamers, as the gaming world saw with FEZ, when developer, Phil Fish was given a grant by the Canadian government to help make his game. If the British government is interested in  driving creativity, they would do well to not solely focus on larger developers, but also offer schemes by which creative individuals find money to make their ideas a reality. We already see a lot of innovation in new and creative ways in gaming from the indie scene, but this could increase massively with programs to assist the developers through the testing times and help relieve some of the financial pressure comes with creating a game.

Whether the government do intend to invest heavily into the arts, and games specifically still remains to be seen. The whole exercise could be a PR stunt for a new elected government. But with the amount of money gaming can generate governments around the world should pay more attention to the opportunities available when you promote and assist creativity.

A masochistic game reviewer, taking pleasure in games that beat me into submission regularly.
Previous Landvo S6 : the budget-friendly Galaxy S6 you’d be glad to have
Next Spotify Under Pressure to Limit Free Access