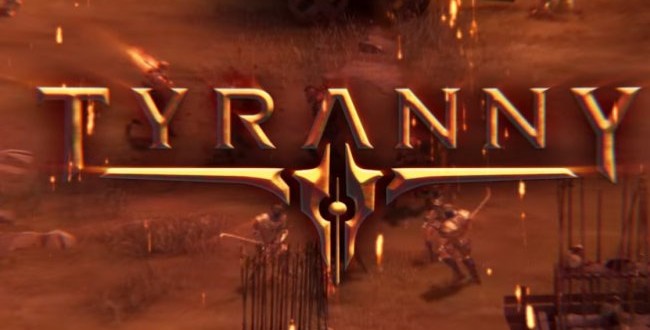 Tyranny to be Released November 10

Tyranny is the latest upcoming RPG from famed developer Obsidian, the same company responsible for Pillars of Eternity and Fallout: New Vegas. Recently, they have begun a partnership with Paradox Interactive to bring Tyranny to the world. For the longest time, the game only had a vague release date of sometime within 2016. Eager fans need guess at its release no longer though, as today a specific date was announced. Tyranny will be released worldwide on November. 10, 2016 for PC, Mac, And Linux.

The game is available for pre-ordering on Paradox’s website, as well as the Steam store front. Pre-ordering Tyranny will earn buyers a pair of in-game items, Fatebinder’s Seal and Commander’s Will. It has a base price of $44.99, but there are two special additions available for purchase as well. The Archon Edition, with a price of $59.99, and the Overlord Edition, which is listed at $79.99 The Archon Edition comes with quite a bit; including ringtones, the soundtrack, a coat of arms, short stories and wallpapers. The Overlord Edition comes with all of that plus a digital guide book and a digital art book.

Tyranny is a game set in a world where evil has conquered the world. Kyros the Overlord has conquered the world with her armies, and is now focusing on consolidating her rule. Players will play the role of a Fatebinder, who act as judge, jury and executioner all rolled into one. The game will have a non-linear approach, with the player allowed to explore Kyros’ territory as they see fit, and allowing for a heavy emphasis on reparability. The player’s goal is to enforce Kyros’ rule as they see fit. It is not set in stone how they will do that, however. They can inspire loyalty to Kyros, or make the people fear her. They can even decide that the world would be better off with them in charge.

A life long game and half life long writer, David always sought to combine his passions and write about games online.
Previous The US awaits the release of Collar x Malice
Next Lost copies of unreleased Akira Game Boy game found