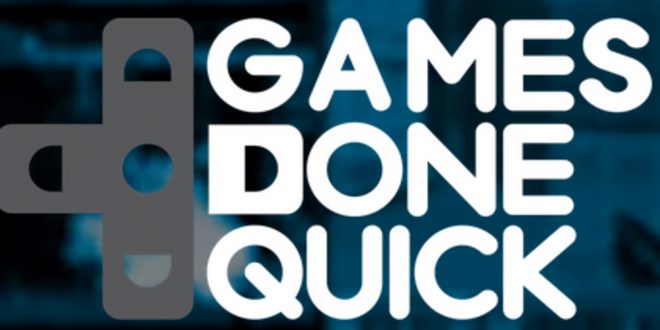 The bi-annual video game speed running event Games Done Quick has raised over 2 million dollars for charity. The event ran for a week straight and featured a huge variety of quick speedruns, from staples like the Zelda games to quirky entries like SpongeBob SquarePants. If you missed the action on Twitch, check out Games Done Quick’s YouTube channel here.

The beneficiary of the Games Done Quick event this time around was The Prevent Cancer Foundation:

“Since 1985, the Prevent Cancer Foundation, a 501(c)3 nonprofit, has invested nearly $142 million in support of cancer prevention research, education, advocacy and outreach programs nationwide and have played a pivotal role in developing a body of knowledge that is the basis for important prevention and early detection strategies. The Foundation is the only U.S. nonprofit organization solely devoted to cancer prevention and early detection. We have funded nearly 450 scientists at over 150 leading medical institutions across the country. Our public education programs have applied this scientific knowledge to inform the public about ways they can reduce their cancer risks.”

Unlike a lot of other charities that mainly focus on treatment after the fact, the Prevent Cancer Foundation focuses on raising awareness and conducting research to help educate the populace on ways to reduce risk of certain types of cancer. The Games Done Quick event raised $2,215,733.30 for the foundation over 181 speedruns. There were 33592 donors who made a total of 43349 donations.

Games Done Quick has concluded, but those wishing to donate to a great cause can do so here. Games Done Quick will be back in the Summer (which usually raises money for Doctors without Borders) with more money raised for a good cause as the gaming community bands together for a week of non-stop speedrun action.

My name's Zach and I'm a college student supporting myself with freelance writing as I finish my degree. I largely focus on technology news and reviews for LoadTheGame, though I do report on games from time to time.
@zr566762
Previous Android Cofounder Starts New Phone Company
Next Did Samsung Just Leak the Design of the Galaxy S8?

Dark Souls 2 can be beat in under an hour