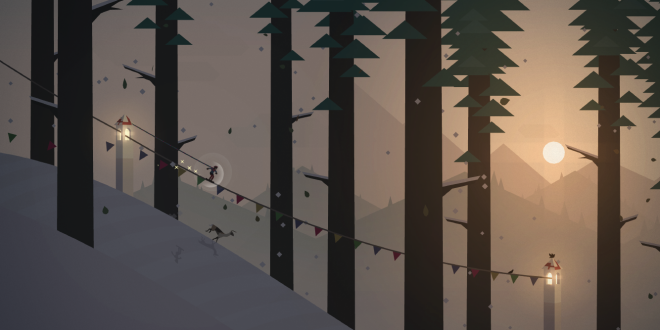 Games for the ultimate winter experience

Seeing as we’re in the middle of the chilly months of winter, it seems like an appropriate time to check out some wonderfully wintry games!

So whether you’re into endless runners, skiing simulators, or even some snowy slots games, here are some of the best ways that you can shake of the winter blues.

One of the best winter titles of recent times was the extreme winter sports game, Steep. This PS4, Xbox One and PC release racked up some impressive reviews thanks to the way that it enabled the gamer to ski, snowboard and even paraglide their way down some terrifying slopes.

Although Steep’s open-world format makes it feel like it lacks something in terms of rewards, it displays how much fun you can have on the slopes. But for more of a competitive angle, then it’s still Electronic Arts’ SSX snowboarding game that represents the holy grail for winter sports.

This is because the initial 2000 release of SSX quickly became one of the all-time greats thanks to its breathless racing and complex trick-based gameplay – plus it had an awesome soundtrack too! Special mention must also be made to the fun Skiing Yeti Mountain mobile game that’s quickly gained a cult fanbase as a result of simple skiing mechanics and mountainous mayhem that followed.

However, if you like your winter gaming a little less adrenaline-fuelled, there are plenty of alternatives. Take Richard & Alice that was a great point-and-click adventure game for PC that placed its protagonists in a particularly snowy and deserted landscape that the gamer had to escape with the bare minimum of equipment.

Or for something completely different, the Snowmania mobile slots game at ClassiCasinos gives you the chance to pick up some real money rewards whilst marvelling at the deeply seasonal snowmen and penguins. Such cutesy winter imagery can also be spotted by playing the hugely popular Alto’s Adventure game that uses the endless runner technique to transport you through a series of beautifully rendered winter landscapes.

And if that wasn’t cute enough, then try The Snowman and The Snowdog game. This delightful game is based on the Raymond Briggs story and gives you the task of helping our snowy heroes make their way to the North Pole. And whilst it might not be quite as lucrative as those Snowmania slots, it is no less heart-warming!

I’m Load The Game’s co-founder and community manager, and whenever I’m not answering questions on social media platforms, I spend my time digging up the latest news and rumors and writing them up. That’s not to say I’m all work and no fun, not at all. If my spare time allows it, I like to engage in some good old fashioned online carnage. If it’s an MMO with swords and lots of PvP, I’m most likely in it. Oh, and if you’re looking to pick a fight in Tekken or Mortal Kombat, I’ll be more than happy to assist! Connect with me by email markjudge (@) loadthegame.com only
@@MarkJudgeLTG
Previous Resident Evil: Biohazard Expansion
Next For Honor Code Giveaway Contest Is On!