Breaking News
Home » LTG Slider » Titanfall Beta is coming for the PC and Xbox One, but not for the 360 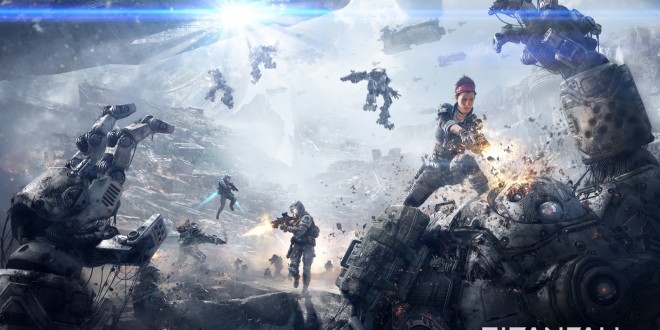 Titanfall Beta is coming for the PC and Xbox One, but not for the 360

There’s not a lot of waiting left until the PC and Xbox exclusive Titanfall is being released on the 11th of March 2014. Being one of the most anticipated titles of the year, developer Respawn Entertainment wants to make sure that the hype levels are kept high. Thus, co-founder of Respawn Vince Zampella has announced through twitter that Titanfall would be entering a beta phase on the PC and Xbox One. Rumors have it that the Titanfall beta will take place between the 14th and 19th of February. That’s quite the happy Valentine’s Day, if you ask me.

#supersecret announcement time. I'm sure no one has been able to guess from the leaks. PC and XboxOne Beta! Details in the coming days

The omission of the Xbox 360 is not by mistake. There will be no Xbox 360 beta, by all accounts. However, we now know that the Xbox 360 version of Titanfall is being developed by Bluepoint, a studio known for various ports and restorations of PS2 and PS3 classics. The Andy O’Neil led studio is known for bringing the Metal Gear Solid HD Collection to the Playstation 3, as well as developing the PS Vita version of All-Stars Battle.

Titanfall will be a multiplayer-exclusive title. The game will have some sort of storyline, but it will only be accessible through Titanfall’s multiplayer mode. Lately, a lot of controversy has been surrounding Titanfall’s limited 12 player multiplayer mode (6vs6), and many players are skeptical about how well the omnipresent AI of the game will perform. According to Respawn Entertainment, Titanfall’s AI will boost multiplayer unit counts to a total of almost 50 units, with AI controlled mechs included. Whether or not this recipe will work remains to be seen. Our best chance of finding out comes with the upcoming beta, a beta many of us are looking forward to.

Old-school gamer with a cheeky tongue that gets me in trouble. When I'm not playing games, I'm writing about them, preferably in the vicinity of a fridge! Oh, and if you're a Justin Bieber fan, I'm afraid we can't be friends!
Previous Cyberpunk 2077 teasers
Next Elder Scrolls Online – Pre-Orders are now available