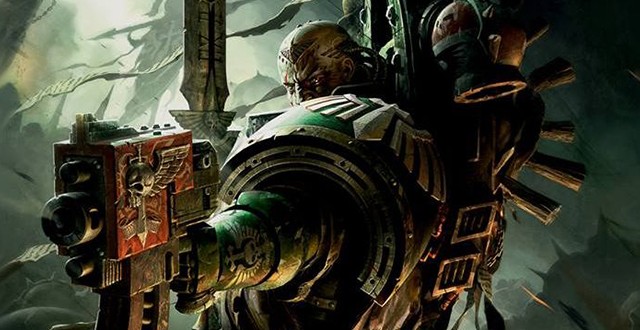 Behaviour Interactive announced the launch of the Founder’s Program for their upcoming MMORPG Warhammer 40K: Eternal Crusade. The company also revealed the prices for the pre-order packs, which range from $40 up to $450. Behaviour explains on their official website what this Program is all about: “Buying any Founder’s Pack is the same as Pre-Ordering the final game. Only with our Founder’s Packs, you’re getting a slew of additional benefits: from the ability to reserve character names now to exclusive cosmetic emblems and banners, and even thousands of points to spend in The Rogue Trader area. Additionally, each and every Founder’s Pack will have access to unique modules before the full game launches, along with a host of other perks.”

The cheapest bundle goes by the name of Warrior Pack and can be purchased for $40. This pack offers early access to Warhammer 40K: Eternal Crusade as well as 40.000 Rogue Trader Points, 4 character slots, Arkhona Vanguard title, guild name reservation, and character name reservation. Next, there’s the Seargent Pack which costs $80 and includes 92K RTP and everything from the Warrior Pack plus a Limited Edition Emblem. The Captain Pack is similar to the first two expect that it costs $120 and comes with 150k RTP and everything from the previous packs plus a Limited Edition Banner.

Then there’s the Heresy Pack, which costs $250 and includes 323K RTP, everything from the previous packs plus a Nob Pack and the entire current Heresy Limited Edition Item Set including Phobos Pattern Bolter, Umbra Ferrox Pattern Bolter, Looted ‘Umie Bolter, and Asuryan’s Fury. Last but not least, we have the the $450 Xenos Pack, which comes with a grand total of 610K RTP, enough to buy all the items currently available at the Rogue Trader.

As for the game itself, Warhammer 40K: Eternal Crusade looks to be the first decent Warhammer 40K title we’ve seen in a very long time. Behaviour Interactive went with a limited free-to-play business model for this one. Playing the game will be completely free, however you can only play as Ork Boys and access to the other factions must be purchased. Currently Warhammer 40K: Eternal Crusade features the Orks, Space Marines, Chaos Space Marines, and Eldar factions. Tyranids are also present within the game, but only as NPCs so they will not be available as a playable faction.

Warhammer 40K: Eternal Crusade will be released sometime during 2015 for PC and Mac. Stay tuned for all the latest news and updates.

I’m Load The Game’s co-founder and community manager, and whenever I’m not answering questions on social media platforms, I spend my time digging up the latest news and rumors and writing them up. That’s not to say I’m all work and no fun, not at all. If my spare time allows it, I like to engage in some good old fashioned online carnage. If it’s an MMO with swords and lots of PvP, I’m most likely in it. Oh, and if you’re looking to pick a fight in Tekken or Mortal Kombat, I’ll be more than happy to assist! Connect with me by email markjudge (@) loadthegame.com only
@@MarkJudgeLTG
Previous Ultima Underworld series being revived by original creator
Next Access Granted DLC for Watch Dogs out today