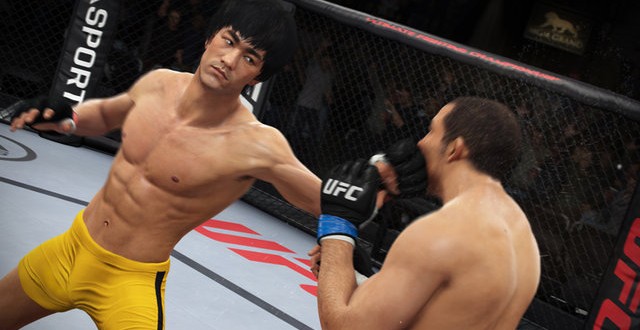 Users on NeoGAF have discovered earlier that the Xbox One demos for FIFA 14 and EA Sports UFC now cost $4.99 although they were initially free. The point of a demo is to let you try out a game before deciding to purchase it. Unsurprisingly, many people were outraged that now they have to pay just to try out these games. NeoGAF users started throwing accusations at EA for this, but the company told Polygon that they had nothing to do with it and this was most likely a pricing error. Furthermore, the PS4 store lists FIFA 14 and EA Sports UFC demos as being free, which means that it must indeed be just an error. Microsoft didn’t comment anything about this at the time of this writing.

FIFA 14 is a football simulator developed by EA Canada and published by Electronic Arts. The game was released on September 24th for PS3, PS4, Xbox 360, Xbox One, PC as well as mobile mobile devices and handheld consoles. “Fuelled by EA SPORTS IGNITE, FIFA 14 will feel alive with players who move and behave like world-class footballers. Players have four times the decision making ability and feel alive with human-like reactions, anticipation, and instincts. FIFA 14 delivers the dynamic movements and biomechanics of the world’s best footballers. Players are agile and athletic as they plant, pivot, cut and explode out of each step. The increased fidelity has a game-changing effect on gameplay.”

EA Sports UFC is a mixed martial arts game developed by EA Canada and published by Electronic Arts. The game was released on June 17th for PS4 and the Xbox One.“The latest in MMA simulation, EA Sports UFC boasts incredible fighter likenesses based on high-resolution head and body scans, supplemented by real-time body deformation. The design team has taken exhaustive efforts to create the most authentic MMA experience possible, which is notable from a simple sheen of sweat to realistic muscle flex. Engage in dynamic striking exchanges and strategic submissions, all bolstered by a rich artificial intelligence to facilitate life-like fights that change dynamically throughout the match.”

EA Sports UFC has received a lot of praise back at E3 2014 for its realism and the great roster of fighters, which even includes the legendary Bruce Lee. In order to play the martial arts legends you will first need to unlock him either by completing the game’s career mode on hard difficulty or by purchasing the Bruce Lee Bundle for $6. Stay tuned for more news and updates.

I’m Load The Game’s co-founder and community manager, and whenever I’m not answering questions on social media platforms, I spend my time digging up the latest news and rumors and writing them up. That’s not to say I’m all work and no fun, not at all. If my spare time allows it, I like to engage in some good old fashioned online carnage. If it’s an MMO with swords and lots of PvP, I’m most likely in it. Oh, and if you’re looking to pick a fight in Tekken or Mortal Kombat, I’ll be more than happy to assist! Connect with me by email markjudge (@) loadthegame.com only
@@MarkJudgeLTG
Previous New Assassin’s Creed will be made by different Ubisoft studio
Next Nordic Games confirmed that Darksiders still has a future