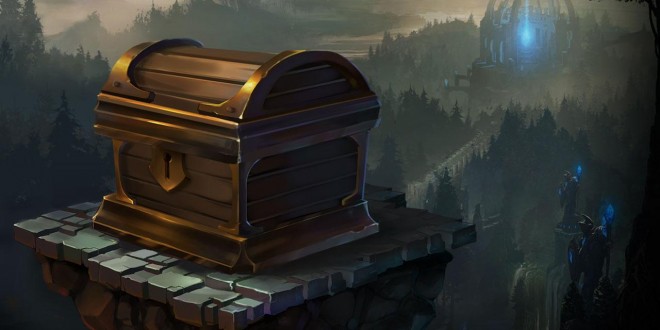 Riot has come up with a way of allowing League of Legends players to show their appreciation towards others at the end of each match. Giving a gift to a person is one of the nicest things you can do in real life and now you can do it in LoL as well. The game allows you to send presents to people who you’ve enjoyed playing with, who helped you win a difficult game, or who just stroke you as being worthy of receiving a gift. In addition, you can also give gifts to players from the opposing team, although I suspect that this will be a very rare occurrence. There are some restrictions though and not every League of Legends player will be able to give or receive a gift.

Riot tells us that there are several rules here such as the fact that you must be at least level 15 to give a gift and at least level 5 to receive one. Also, any player can only send or receive up to five gifts per day. Gifting is being done from the post-game lobby, so after you’ve finished a League of Legends match you can decide which of the players are worthy of your generosity. Available gifts include: Mystery Champions, Mystery Skins, or even skins for the champion the person just played with. Riot also says that prices are the same as in the store and that you don’t have to be friends in League of Legends (or indeed, real life) with a person to send them a gift.

This new feature is presumably part of Riot’s continuous efforts to promote positive players and reject the toxic ones. The company recently revealed that about 95% of active League of Legends players have never received a ban or any other restriction during 2014. These players have been awarded with an Influence Point boost and an additional “mystery reward” for their good behavior.

I’m Load The Game’s co-founder and community manager, and whenever I’m not answering questions on social media platforms, I spend my time digging up the latest news and rumors and writing them up. That’s not to say I’m all work and no fun, not at all. If my spare time allows it, I like to engage in some good old fashioned online carnage. If it’s an MMO with swords and lots of PvP, I’m most likely in it. Oh, and if you’re looking to pick a fight in Tekken or Mortal Kombat, I’ll be more than happy to assist! Connect with me by email markjudge (@) loadthegame.com only
@@MarkJudgeLTG
Previous Telltale’s Game of Thrones – Out Next Month
Next New Super Mario Bros Wii Sales Hit 10 Million