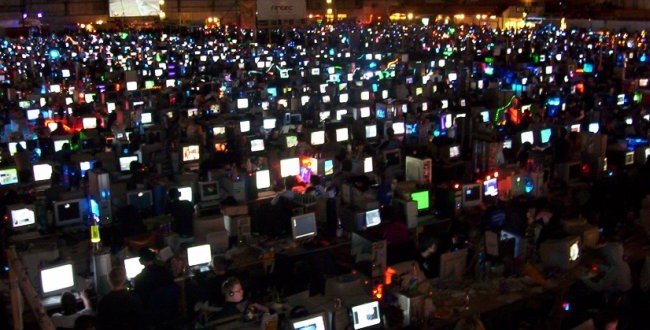 Online multiplayer games, such as World of Warcraft and League of Legends, are a lot of fun. One of their most appealing features is that the game, and its online community foster a very real sense of community amongst their players. People may have previously been under the impression that playing online games was a non social activity that you did alone. But playing the latest online bingo games with and against other people online means that you are very much not alone.

Games have been an important leisure and entertainment activity for many decades now. Preceding the technology to play games online, games of all sorts were, and still continue to be, played in person too. Older games like bingo and board games such as Trivial Pursuit would have fostered the same community and unity that people playing online multiplayer games feel today.

The reason behind this feeling of community and togetherness is born from the act of sharing a mutually enjoyable activity. It comes from the shared love of a certain game and the appreciation of the good times it produces. In this way, the community felt in room full of bingo players, or in a sports team even, is very much comparable to real community of online players in multiplayer games.

Online communities are strong, and not only limited to those who share the love for the same multiplayer game. There are online communities based on the common interests of football teams, fandoms of books, television series and movies. There is even a whole community, called Nerdfighteria, based on the YouTube channel and general work of brothers Hank and John Green. The way we experience closeness and community is expanding –we are able to connect with others more than we were previously able to. This can be very helpful for those who happen to live in a town where they cannot find peers who have the same interests. Online games, and the internet as a whole allows people to find others like themselves. It helps them to feel less alone and more included.

Some critics may assert that this type of community is not the same as in person community as there is an inherent distance and divide due to location. But the truth is that the way in which we relate to each other and communicate with others is changing due to technology. Some say that this is bad; that we are now less inclined to communicate and feel a sense of community with others. But people said the same things when writing letters was becoming common practice. And many more said the same when the telephone was invented. Yet, we no longer feel like a telephone hinders our ability to connect with others, but instead enhances it and allows for emotional closeness with those physically far from us. Sure, the way we communicate and experience community may be changing, but it does not mean that it is bad –it is just different.

I'm Razvan, a sports and first-person shooter enthusiast. I've always loved writing, even more so when it involves games. When I'm not playing on my PS3 or writing, I like to run exhausting cardio workouts, play soccer, watch a good movie, or read a good book.
Previous OPINION: Should Destiny Characters Transfer to Sequel?
Next Code: Realize fandisc set for release in North America in 2017