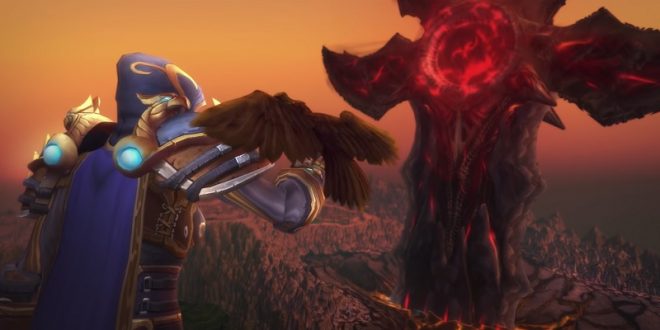 World of Warcraft is set to receive a major new expansion next month, which is called Battle for Azeroth. Blizzard is taking the necessary steps to prepare for the expansion by releasing a pre-patch, which gets things ready for the patch while also tweaking existing content.

The Battle for Azeroth pre-patch adds the new Burning of Teldrassil storyline, which will span several weeks. Players who complete the storyline will earn a special mount. Along with the new storyline comes the new War Mode, post-season PvP content, and more. More information can be found over at worldofwarcraft.com.

War Mode tears down boundaries and server rule-set distinctions, allowing players on any realm to decide when they want to jump into a world PvP experience full of like-minded players in the ongoing battle between Horde and Alliance.

Bring your friends and family of the same faction together cross-realm through our new World of Warcraft Communities feature.

Join in the PvP action and earn some new gear just in time for the launch of Battle for Azeroth.

Along with the addition of new content comes the aforementioned tweaks to the existing game. Artifact Weapons are going away, and the Mage Tower and its challenges will be, as well. Stats are also going to be reduced across the board.

World of Warcraft: Battle for Azeroth launches for PC and Mac on August 14th. The pre-patch is set to debut on July 17th. You can check out a video detailing the pre-patch below.