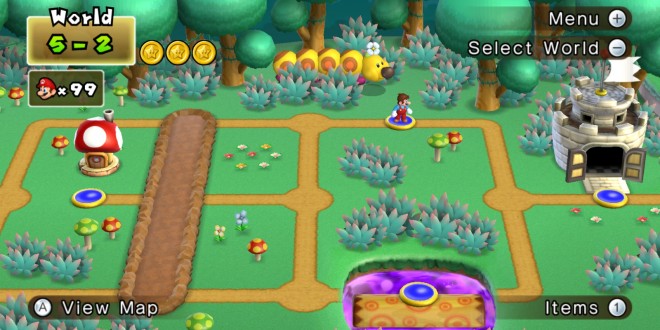 New Super Mario Bros Wii Sales have now hit over 10 million sold, Nintendo announced on Twitter recently. The game was released for Nintendo’s Wii console on December 3, 2009 in Japan and November 15, 2009 in North America. It was the second game in the Mario Bros mainline series to feature simultaneous multiplayer gameplay, allowing up to four players to enjoy the sidescroller at the same time. While the plot remains the same throughout every Mario game, save the princess, stop Bowser, New Super Mario Bros Wii introduced some new elements such as the penguin suit, ice flower and starman power up. The Koopalings also made an appearance as the main antagonists, and recently they have reappeared not only in Mario Kart 8 but also in Super Smash Bros for 3DS and Wii U.

The impressive New Super Mario Bros Wii sales aren’t super surprising, seeing as Mario is one of the most financially successful franchises ever, ranking at number 1 for bestselling video game franchise. Mario as a whole has approximately sold over 400 million copies of its various games, such as Super Mario and Mario Kart, since his appearance in Donkey Kong in 1981. You can purchase New Super Mario Bros Wii for only $29.99 MSRP at most retailers. Nintendo generally keeps the prices high on their first party titles and rarely puts them on sales.