Breaking News
Home » eSports » Player toxicity in League of Legends is now a thing of the past, for the most part 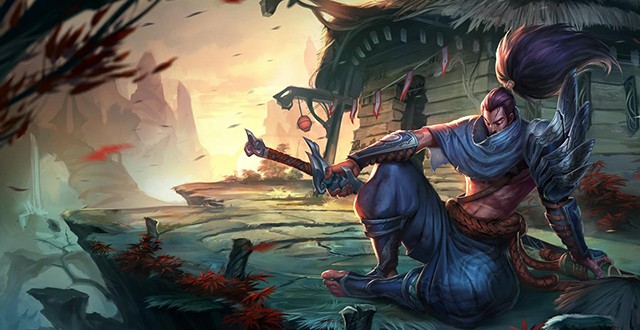 Player toxicity in League of Legends is now a thing of the past, for the most part

Remember when League of Legends was infamous for having one of the worst player communities of any game out there? And remember when Riot vowed to turn things around and show that LoL can have a friendly and helpful community? Well, it seems like the company managed to keep its promise of not tolerating player toxicity anymore because things have changed in a big way this year. Riot recently announced that 95 percent of all active League of Legends players have never received any kind of punishment in 2014, which suggests that most of the toxicity actually comes from a small minority of players. Riot has ways of eliminating the toxicity however by issuing chat restrictions, ranked restrictions, game bans, and even permanent bans.

As for the positive League of Legends players, the company is rewarding them with Influence Points that will start rolling out next week. The first step is awarding anyone who hasn’t received restrictions or bans of any kind this year with a 4-win Influence Points boost. “We’ve recently been focused on addressing extreme cases of verbal toxicity, and will soon be testing additional systems that address gameplay toxicity like leavers, AFKs, and intentional feeders,” Riot announced. “However, it’s important to keep in mind that players engaging in these behaviors really are not welcome in our community. Fewer than 1% of players have been escalated to a 14-day ban or permanent ban or even received a chat restriction.”

So, is it safe to play League of Legends now without having to worry about the chat going up in flames when you mess up? The answer seems to be yes for the most part, although you may still run into a couple of bad eggs from time to time. Still, the League of Legends community has come a long way this year and Riot seems to be keen on improving things even more in the near future. The company is encouraging positive players to post their recent chat logs in the comments section for an additional mystery reward.

I’m Load The Game’s co-founder and community manager, and whenever I’m not answering questions on social media platforms, I spend my time digging up the latest news and rumors and writing them up. That’s not to say I’m all work and no fun, not at all. If my spare time allows it, I like to engage in some good old fashioned online carnage. If it’s an MMO with swords and lots of PvP, I’m most likely in it. Oh, and if you’re looking to pick a fight in Tekken or Mortal Kombat, I’ll be more than happy to assist! Connect with me by email markjudge (@) loadthegame.com only
@@MarkJudgeLTG
Previous The Smite European Championships will conclude this weekend
Next The first ever Dota 2 hack is being dubbed “Insta-Hex”