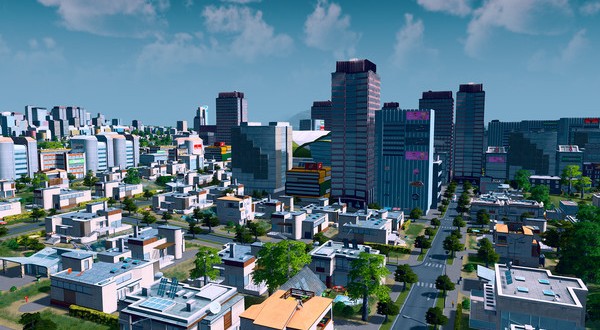 Paradox interactive has revealed, through their official website, the release date for their newest city simulator title called Cities Skylines. The game is the result of a co-operation between Paradox and Colossal Order, the Finnish developer responsible for the Cities in Motion series. A trailer for Cities Skylines has been released to the general public alongside a Pre-Order campaign which allows anyone who buys the game before its release date to receive additional in-game items, a digital art book containing building blueprints and other original concept art as well as four digital postcards.

In Cities Skylines players will be able to build, manage and observe their city as it grows. They will also have the ability to actively influence the way their city grows, as settlements develop from being small rural towns to huge metropolitan areas. Colossal Order promises gamers that they will be in complete control of their city as they progress through the game, especially while playing the sand-box mode. The development team responsible for Cities Skylines considers this game to be a community project and they are happy the development process has finally entered its final stage. In a previous video, the small team of 13 invited players to submit their suggestions in order to make sure the title would be as user-friendly as possible.

Cities Skylines will be released on May 10, 2015 and will be playable on PC, Mac and Linux. The game can be pre-ordered through its official website and on Steam. Pre-order packs come in two variety, the standard version described above and a deluxe one, the latter including larger in-game tourist attractions such as the Eiffel Tower and Statue of Liberty  as well as the original soundtrack to the game. Developers also said the game will feature extensive modding support, allowing players to modify existing scenery or create new features and share them through Steam Workshop.

Alessandro is a languages and literature student and gaming enthusiast. Long hair and a bushy beard, he spends most of his time on romantic dates with fascinating old tomes. In his free time, he follows and comments the gaming community while playing games. You can follow him on twitter to see what he's up to.
Previous Hellblade Will Have Tactical Combat, Extensive Exploration
Next Asteroids Rebooted as an Online Survival Game

Sony is set to release their next console this holiday season, with PlayStation 5 looming ...