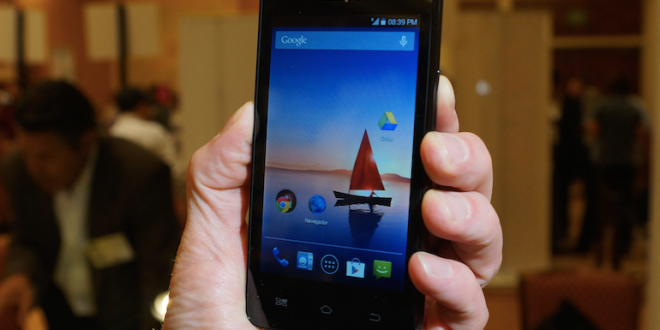 Thrifty individuals—the sort that hold onto old appliances and electronics until they self-combust—are a notoriously elusive and fickle market. Rather predictably, it is tough to wrangle a demographic  that is loath to spend money to sustain survival, let alone on new consumer electronics. None the less, this is the market that Scratch Wireless hopes to corner.

The bait with which Scratch intends to lure the skinflints out of their dens is the CoolPad Arise, a $99 Android smartphone. The Arise’s hook is that it can make and receive phone calls through a Wi-Fi connection. According to CNET, unlike Google’s Project Fi—which does the same thing for $20 a month—Scratch Wireless’s Wi-Fi calling is completely free. Further, it comes with the option to switch over to Sprint’s cellular network when out of Wi-Fi range. As reported in CNET’s first impressions of the device, the CoolPad Arise’s specs are unlikely to blow any minds. “Specs for the chunky phone are basic” with a “4-inch screen, [. . .] a dual-core CPU and a 2-megapixel rear-facing camera.”

Surprising no one, the phone is not made to appeal to those on the lookout for the Ferrari of smartphones. Instead the Arise is expected to appeal to parents looking to buy phones for their children and for young adults “when they graduate from college and are kicked off the family plan,” according to Scratch Wireless’s Vice President of Marketing, Jon Finegold. With a difficult to please niche audience, Scratch Wireless has chosen a worthy challenge. Whether the CoolPad Arise will meet the strict bang-for-buck standards of that challenge is another question entirely.

Previous Schrödinger’s Cat and the Raiders of the Lost Quark Review – Physics, Fun, and Cats
Next Hatsune Miku: Project Mirai DX Gets Delayed

Nexus 6 will be getting T-Mobile Wi-Fi calling