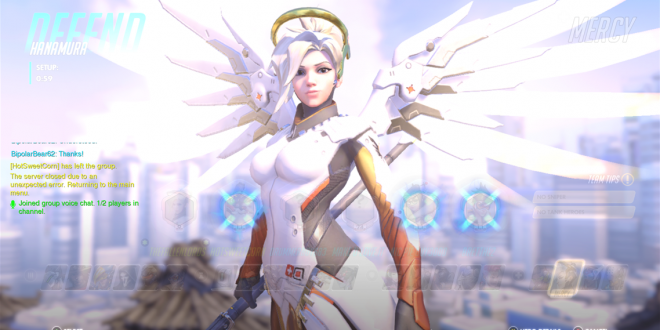 Every once in a while, a game comes around and revitalizes an otherwise fairly stagnant genre. These days, no genre has become more stagnant than shooters, with every major developer and publisher pumping out the same kinds of super realistic, super gritty, or super competitive games. This is where something like Blizzard’s Overwatch comes in, introducing something that is so comparatively revolutionary that you just can’t help but to look.

A rudimentary glance at Overwatch’s aesthetics reveals what kind of direction Blizzard intended to take the game. Bright colors, fairly unrealistic characters, and maps that aren’t themed around being warzones are all stark contrasts to something that you might find in the next Gears of War or Rainbow 6 or Battlefield; titles that have overwhelming player counts and seemingly endless funding yet comparatively little innovation between games. The fact that Overwatch isn’t another numbered entry in some long established franchise already gives Blizzard a great deal of freedom in regards to art direction, letting them introduce a whole plethora of skins for all the characters that range from being simple color swaps to full blown absurd costumes that wouldn’t be out of place at a Halloween party or a cosplay event.

Speaking of characters, Overwatch does rely on class based combat, so you will find characters that fill your usual roles of healer, tank, attacker, and support. However, unlike other games that you may be more familiar with, none of the characters are balanced around being fair to other characters per se, but rather balanced around how useful they are in the grand scheme of a match. For example, despite how a character like Roadhog can usually beat any other character in a 1 vs. 1 scenario, you wouldn’t want a full team of Roadhogs because of how poorly he would perform against a more well rounded team that can fight him at longer ranges. Similarly, as fun as it may be to be Reaper, he just can’t push objectives as effectively as some other characters. In this regard, Overwatch is very similar to Team Fortress 2, but it is also less forgiving in a sense if you overstep the limits of your character.

Unfortunately, this does lead to situations where one random person on a team can end up losing the match for everyone by improperly using their character, especially if they are a healer. Granted, Overwatch does not seem to be a game where mics are going to play a large part in whether or not you win, but voice communication would certainly help. In other words, Overwatch seems like it is a game that you can pick up and play, regardless of how good you are at actually shooting people, but (as usual) the experience is improved by having friends that play with you. On the other hand, there’s also no word of a single player campaign of any sorts, so while Overwatch does do what it set out to do very well, there is always a concern that if other people don’t play, your game effectively won’t work.