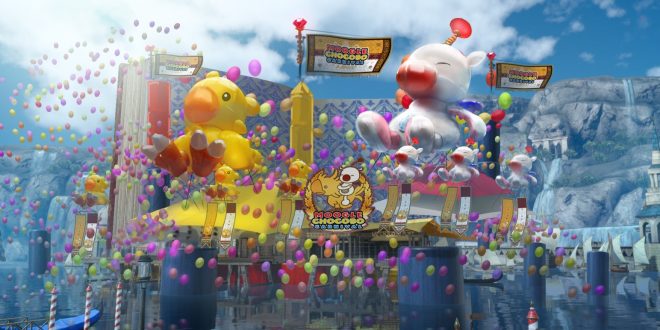 Final Fantasy XV, the latest installment in Square Enix’s JRPG saga, already boasts an impressive amount of content. With a huge, open world for players to explore with Noctis and company, you could play for well over 100 hours without running out of new things to do. For those who have already squeezed every last drop of content out of this adventure in Eos, prepare to do it all again! Square Enix announced today that a patch will hit consoles on December 22nd adding a free holiday pack and, more excitingly, a New Game+.

It’s refreshing to receive free content for such a complete game so soon, but Square Enix has an awful lot riding on this title, so it isn’t exactly surprising. With Final Fantasy XV originally announced over three years ago and Square Enix working on content since 2006, fans expectations are sky high and production costs are even higher. With over five million copies sold on day one, Final Fantasy XV is the fastest selling Final Fantasy to this date, but will these sale numbers be enough to offset the development of a game that was in production for over ten years? Square Enix has every incentive to keep the game fresh for as long as possible in order to recoup the staggering cost of creation.

Square Enix seems eager to please so far with this latest offering. The New Game+ added with this latest update essentially doubles the amount of play time available for the most diehard fans that want to experience the gang’s magical road trip all over again. Those looking for an extra challenge the second time around will be happy to hear of the addition of an item that caps your party’s level and prevents experience points from being tallied. Though the bulk of added gameplay comes with the addition of New Game+, you’ll also be able to celebrate the holidays in style at an in-game carnival available at the end of January. While you’re at the carnival, spruce up Prompto’s pictures with new frame options, and dress Noct up in a free Choco-Mog shirt and cap. Gamers with the Final Fantasy XV season pass or digital premium edition will also have access to the Holiday Pack+ content which includes many extra items such as an extra outfit for Noct and in-game boosts.

My name's Zach and I'm a college student supporting myself with freelance writing as I finish my degree. I largely focus on technology news and reviews for LoadTheGame, though I do report on games from time to time.
@zr566762
Previous Super Mario Run Arrives on Apple Devices
Next Outlast Free With Xbox Live Gold