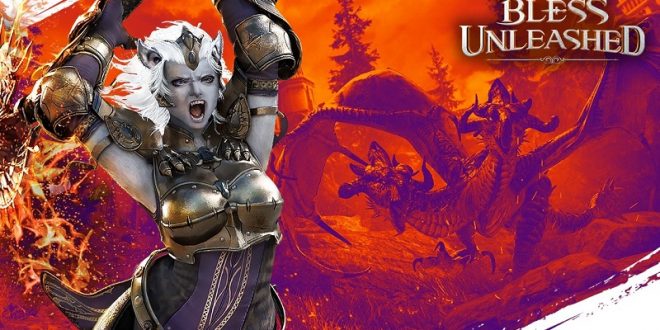 Bandai Namco announced recently that Bless Online would be coming to consoles in the form of Bless Unleashed, and now the game’s debut trailer has been released. The company along with Neowiz and Round 8 Studio released the first official trailer, which you can check out at the bottom of this post.

The following is a breakdown of the key features (via gematsu.com):

“A Visually Stunning MMORPG Experience – Utilizing the Unreal Engine 4, the game brings unparalleled visuals and deep gameplay mechanics which offer one of the most beautiful MMORPGs built for a console platform.

Combo-Driven Gameplay – Survive a menagerie of mythical beasts and other players with deep and rewarding combat system that features skillful combo mechanics coupled with action-oriented combat with dodging. A progression system handcrafted for online play and an integrated players-vs-player (PVP) mode provide added challenges and rewards at every turn.
An Immersive Fantasy World – Dive into an open persistent world with a rich backstory and an intricate plot as players uncover divine secrets on their journey to defeat the return of an evil goddess.

A MMORPG Built for Modern Consoles – Built from the ground up to be a comprehensively and robustly supported live service, every aspect, from story to combat to skill progression, has been carefully crafted with the console experience in mind.

Classic Fantasy with a Twist – Choose between five classic fantasy jobs, including the arcane wielding Mage or the bloodthirsty Berserker. Travel the world in search of the truth about the gods with other adventurers and experience a personal brush with divinity.”

Bless Unleashed does not have an official release date yet, but it’s slated to release on Xbox One in the first half of 2019. A release on other platforms is possible, but Xbox One will be the first console to get it. Check out the debut trailer below.

Previous London Will Host an Epic Tournament FACEIT CSGO Major 2018
Next Destiny 2 Forsaken: How Long Does It Take To Beat?