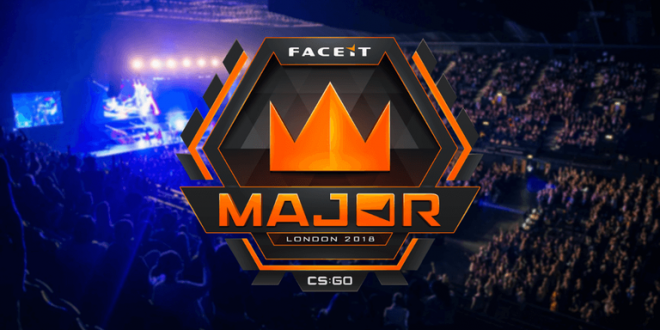 For the first time, FACEIT will be organising and sponsoring the Counter-Strike: Global Offensive tournament. Many gaming fans in attendance and those watching online the Major Championship will witness all the fighting action while placing their esports bets from the 4th until 23rd September 2018. The match will gather the best professional Counter-Strike teams that will compete against one another for their chance to win a share from the grand prize pool of $1 million.

FACEIT is a leading esports website focused on online games such as PlayerUnknown’s Battlegrounds, CS: GO and Dota 2. They have over 8 million users using the platform with over 12 million gaming sessions viewed online every month. Subscribers who are players are given access to play in video games at all levels and competitive tournaments where they could win rewards. On top of this, many players, gaming communities and gaming event organisers use FACEIT to launch and supervise online matches.

Many gaming fans have seen two other digital events take place in London so far, and these are the Esports Championship Series and ESL One Birmingham 2018, dota 2 event. Add to these, the upcoming FACEIT London Major, one of the most prominent CS: GO tournaments that is akin to the Wimbledon Tennis event.

The Co-founder of FACEIT, Michele Attisani expressed his views about competitive gaming and its potential in the UK. He said: “The Major is a very important event for esports overall, I mean, if you look at the stats, I think that this last major broke the currency record for an English broadcast, higher than any other esports event.”

Such a prestigious tournament like FACEIT will be broadcast live through various online gaming channels for you to watch anywhere you are in the world. Tune in to witness all the live Counter-Strike action while you can place your best esports betting on some of the top tier CSGO teams.

Twenty-four of the best CSGO teams will be competing against each other, and around forty thousand people are expected to be attending the tournament, watching all the action in the playoffs at the Wembley Arena.  Better yet, aside from the matches taking place, you will also have the opportunity to meet and greet your favourite players as well as signing sessions. 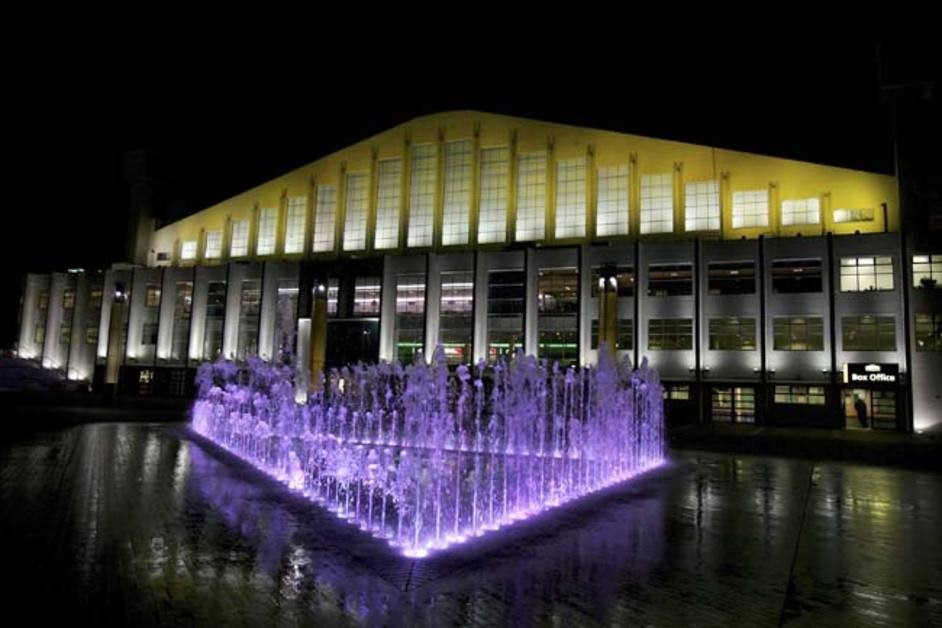 The FACEIT Major is different from other events for the organisers are also the sponsors that will run every phase of the matches. The tournament format will kick off with the New Challengers Stage. The top eight units will proceed to the New Legends matches, while the rest are knocked out if the game. The next stage will prove which of the eight teams are the New legendary units where they will advance to the Playoffs and Grand Finals. The top fourteen teams in this gaming event will then qualify for their place next year at the prestigious Counter-Strike match, IEM Katowice 2019.

Going into the FACEIT Major, the eight legendary teams earned their spot through the EL Major Boston 2018. The teams that will take part include Winstrike, G2, Fnatic as well as the other favourites in this group.

Cloud 9, the North American Counter-Strike team won the Eleague Major Boston 2018 which earned their spot to take part in the FACEIT Major match in London.

MIBR is also known as Made in Brazil, a professional unit representing North America. Having had a few changes in the roster over the past few months has affected their performances in the Eleague CS: GO Premier and ESL One Cologne; however, they won the recent ZOTAC Cup Masters 2018. You have yet to find out if the Brazilian players will keep up their winning streak.

Faze Clan, is a European esports team that is ranking among the top 10 CSGO squads in the world. Their latest success was at ESL One Belo Horizonte 2018 beating Mousesports. Now they hope to come back in full form now that pro player Olofmeister is back in action.

Mousesports is a German gaming team that ranks in the fifth spot among the best teams in the world. They have the potential to win, but they do tend to disappoint at times. Mouz have been quite close to a win at the ESL One Belo Horizonte 2018 finishing in second place. 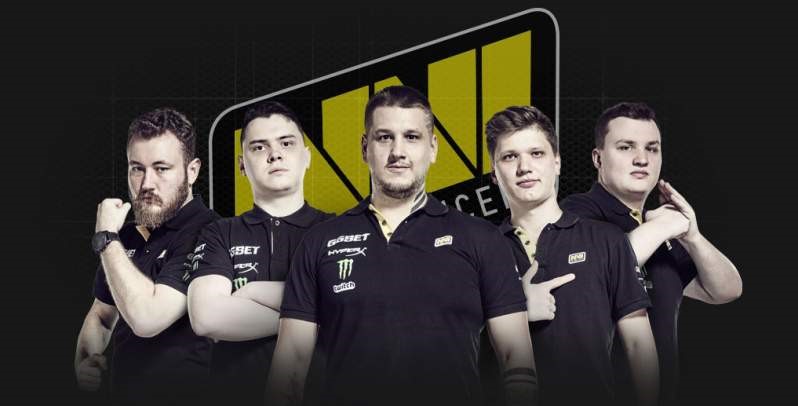 Natus Vincere, the Ukrainian gaming unit is ranking the second top Counter-Strike team in the world. They have lately won the title of ESL One Cologne 2018 and the CSGO Asia Championships so it would be no surprise that esports betting is on the favourites for the FACEIT Major.

The sixteen New Challenger teams will go head to head competing in five rounds for their chance to progress to the New Legends Stage, one step closer to the main event of the FACEIT Major. These professional teams include Gambit, Vega Squadron, Space Soldiers, Team Liquid, Ninjas in Pyjamas, Complexity, Hellraisers, Renegades, Optic, Rogue, Team Spirit and Tyloo. Below is a list of some great squads in this group. 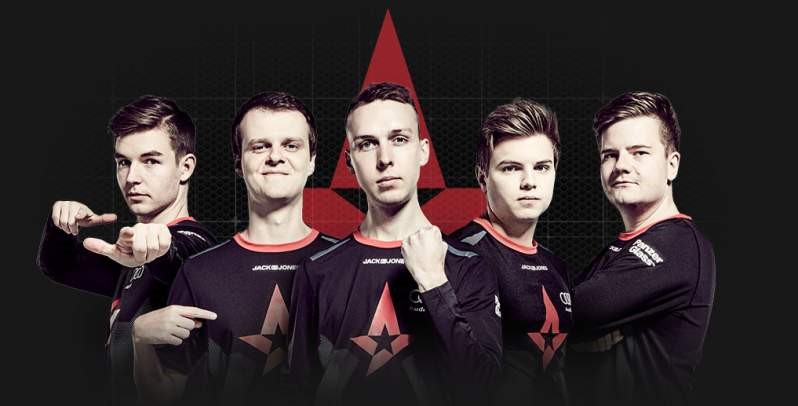 Astralis is a Danish team that is ranking in the world’s top CSGO teams at the moment which could win you an esports bet. The star players have managed to keep up their performance consistently, winning great titles such as Eleague Premier 2018, ECS Season 5, ESL Pro League Season 7 Finals and DreamHack Masters Marseille.

North is another Danish team, famous for their affiliation with F.C. Copenhagen and Nordisk Film Company. At the moment, the Northern players are the tenth top unit in the world that have recently won the titles of DreamHack Open Valencia and DH Open Tours. They have the potential to win tournaments so why not show them your support to bet on esports. 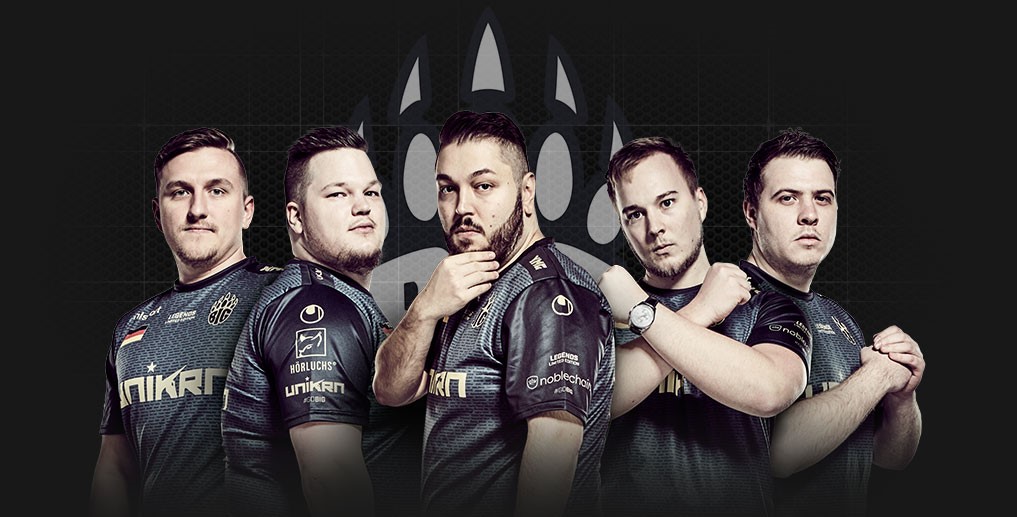 BIG is a favourite German team that has managed to rank sixth in the top ten of the best Counter-Strike units in the world. They are not a team that win tournaments but tend to finish in the top four ranks. The closest Berlin International Gaming ever got to was second place losing to Natus Vincere in the finals of the premier ESL One Cologne 2018, taking home their highest reward yet of $50K.

Virtus. Pro is a strong Polish squad that is currently among the top twenty teams. They are not a team that win tournaments, but the closest they ever came was second in the CSGO Asia Championships 2018. Their recent accomplishment was finishing in fourth place at the IEM Shanghai.

Michele Attisani, the Chief Business officer and Co-founder, expressed gratitude for the support from the fans and gamers, saying: “The community has been at the heart of everything we do at FACEIT, and we’re so grateful for the support of the players on our platform and those who’ve attended and watched ECS. We’re excited to create an amazing celebration of CS: GO to honour that commitment.”

Who will triumph at FACEIT Major, holding up the trophy as the world CSGO champions? You have yet to find out on the 23rd September in the meantime tune in to gaming channels on Twitch while betting on esports professional teams.

I’m Load The Game’s co-founder and community manager, and whenever I’m not answering questions on social media platforms, I spend my time digging up the latest news and rumors and writing them up. That’s not to say I’m all work and no fun, not at all. If my spare time allows it, I like to engage in some good old fashioned online carnage. If it’s an MMO with swords and lots of PvP, I’m most likely in it. Oh, and if you’re looking to pick a fight in Tekken or Mortal Kombat, I’ll be more than happy to assist! Connect with me by email markjudge (@) loadthegame.com only
@@MarkJudgeLTG
Previous Bandai Namco Will Consider Bringing SoulCalibur 6 To Switch
Next Bless Unleashed Debut Trailer Released