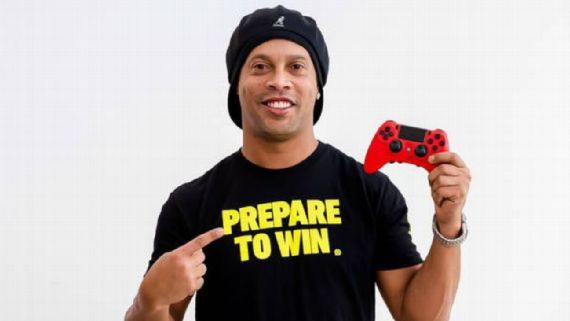 Esports has been around for a while but not too many people gave it attention until great brands and great athletes started to associate their names with them. Nowadays, it seems that all the major companies and popular athletes are trying to tie their names to different esports. Automotive companies, huge sports brands are partnering up with companies that are focused on the new forms of competition and this also brings along a lot of publicity and even more interest from the general public. It is no wonder that even Ronaldinho, also known as Ronaldo de Assis Moreira, one of the most famous soccer players in the world entered into esports last year. Then, the player launched eLigaSul, a Pro Evolution Soccer league designed to host competitions across 26 countries.

Now, Ronaldinho is reportedly looking to launch his own esports organization, R10, a team that will compete exclusively in FIFA. It was also rumored, that R10 will be comprised solely of the “best rising talent” in Brazil. In order to make all this happen, Ronaldinho has just become a brand ambassador of gaming controller brand Scuf Gaming, who in return will “proudly support this exceptional initiative by providing the team with the competitive edge they need to succeed.”

As Ronaldinho himself told ESPN in an interview, “The R10 team is actually my second project in esports. In 2018, we created the eLigaSul to start in the world of e-football: we wanted to become a strong organization both in the FIFA environment and in Pro Evolution Soccer. I am very happy because I can proudly say that we have achieved it: with eLigaSul, we are PES world champions! The R10 team, dedicated to FIFA, is a logical next step in this process. We hope you have the same success!”

All the new partnerships seem to point towards the fact that esports is now really a part of our lives and we should grant it more attention. Playing games on the computer doesn’t resume to enjoying board games, puzzle games, and casino gambling online anymore. Multiplayer games, RPGs, and others have taken things to the next level and serious organizations have even more serious tournaments all over the world. Playing games has become not only a sport but also a way of life for many people. Esports is still growing and if we are to consider the current tendencies, it will become just as important as all the major physical sports leagues, with great talents, enthusiast fans, and serious investors.