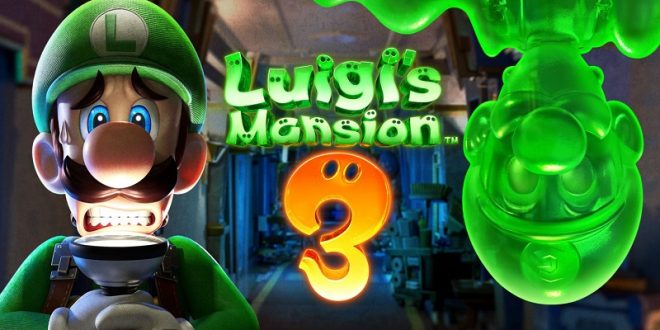 Later this month will see the release of a highly-anticipated Switch title, which is Luigi’s Mansion 3. The game has looked extremely promising judging from the footage that has been released so far, and it will only be a few more weeks until we can test it out for ourselves. In the meantime, the ESRB has detailed their rating for the game.

Unsurprisingly, the game received an E (for Everyone) rating from the ESRB. The descriptors for this rating are Comic Mischief and Mild Cartoon Violence. As always, a full description was also offered, which is the following:

“This is an adventure game in which players assume the role of Luigi as he explores a haunted hotel. Players use a vacuum to move objects and capture ghosts. Ghosts struggle when captured, and Luigi can whack them back and forth against the ground. Boss battles depict brief explosions and electrocution effects. During the course of the game, a ghost can be seen sitting on a toilet seat; a storyboard drawing depicts a dog urinating on a plant.”

Luigi’s Mansion 3 is set to launch exclusively for Nintendo Switch on October 31st, making it the perfect pastime for those planning to spend time with their Switch on Halloween. Next Level Games is the developer for the game, who also worked on the fantastic Luigi’s Mansion: Dark Moon. This game, however, will be the first time the series has appeared on a home console since the original for the GameCube.