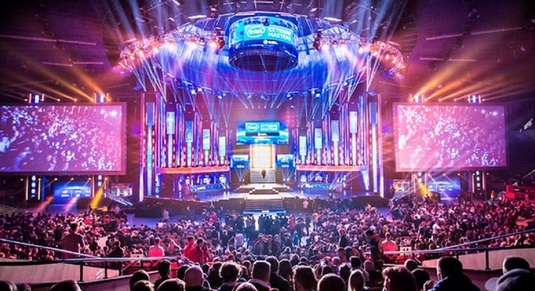 When it comes to creating a successful brand strategy in esports, most companies often find themselves at a loss. Yet, there is an easy way to start, Adrun, an esports marketing agency, argues. The key to success is to create buzz, and that takes a company that is experienced in such matters.

However, true success, Adrun cautions, relies on consistency and delivering on the promised results. For example, many brands think they can host a single tournament and establish a name for themselves.

Anyone who isn’t going for the long run, Adrun says, cannot expect overnight success. The only companies that are an exception are those that are already established and known for something.

Big companies that need a smaller advertisement push and marketing in esports include Coca-Cola, KFC, McDonalds, Burger King, and Adidas, for example. However, they are companies that can be related to gaming and competitive gaming, as many gamers do have a weakness for fast food, for example.

Even if you don’t necessarily see esports athletes eat these foods anymore, or at least not the “mass marketed” ones, you can associate the brands with esports, and that’s key to success, marketing agencies in esports warn.

Yet, if there’s one way to truly establish yourself in the esports world, that’s through marketing efforts in specially hosted events.

Events are a great opportunity to establish your brand in a controlled environment. Marketing agencies caution that most events will cost the company money, but if this is a well-established non-endemic brand with plenty of finances, being a little more generous can help.

Conversely, smaller companies where the extra budget funds aren’t necessarily available may want to look into smaller, but consistent events. DreamHack and Evolution Championship Series started purely as grassroots organizations when there wasn’t much of esports around.

Of course, each such initiative should be tailored to your brand’s needs. Are you looking to break into esports and register long-term growth or would you rather try to raise awareness without putting too much effort?

According to most marketing agencies in esports today, you will need to commit for at least a year, and then see if you can financially justify extending. However, just shelling money isn’t enough.

Surprising as it seems, esports fans do not respond kindly to events that lack identity. Inserting cash into something might attract attention and it will, but you need to build an entire fabric of reality around it. For example, WePlay! Dota 2 Minors have been delivering across the board in terms of production and execution.

However, WePlay! is an organization that focuses exclusively on esports. There is a subtle balance that a brand could try to achieve to balance between cost and efficiency. Marketing in esports is an exciting new frontier that deserves due exploration. To make it work, you would need to focus on your brand’s specific needs, and this is a job best left for the experts, says Adrun.

Old-school gamer with a cheeky tongue that gets me in trouble. When I'm not playing games, I'm writing about them, preferably in the vicinity of a fridge! Oh, and if you're a Justin Bieber fan, I'm afraid we can't be friends!
Previous Legend Of Zelda 2021 Wall Calendar – Price, Cover, Release Date
Next Online JSON Formatter and Validator