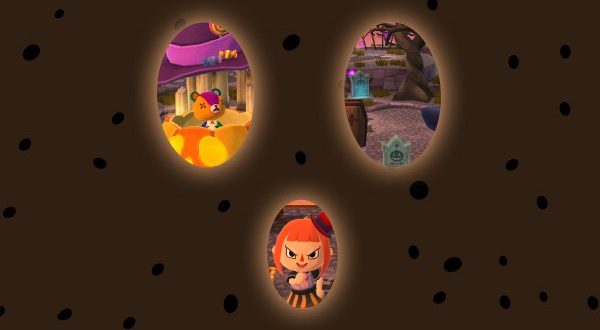 We’re now entering the Halloween season, and there are plenty of games out there taking advantage by hosting Halloween-themed event. While Animal Crossing: Pocket Camp didn’t have a Halloween event last year since it launched just after the big holiday, it looks like it will be making up for it this year.

The Japanese Animal Crossing Twitter account posted a tweet teasing some Halloween-themed items, which pretty much confirms that a Halloween event is coming. An update was released today on iOS and Android, which simply said that it was preparing the game for an upcoming event. So now the only question really is when this event is going to start.

Despite not having an official announcement, there are some things that we can see in the image provided by the Animal Crossing Twitter account. We can see from the image that there will be Halloween-themed clothing, tombstones and a giant jack-o-lantern. There’s definitely going to be much where that came from, and more information on that will likely be coming soon.

Animal Crossing: Pocket Camp is available now for iOS and Android, and is free-to-play but does contain optional in-game transactions. Nintendo will be releasing the next mainline installment in the series on Switch in 2019, though a specific title or release date has not yet been revealed.

Remedy Entertainment’s Control released last year on multiple platforms, and many felt that it was ...