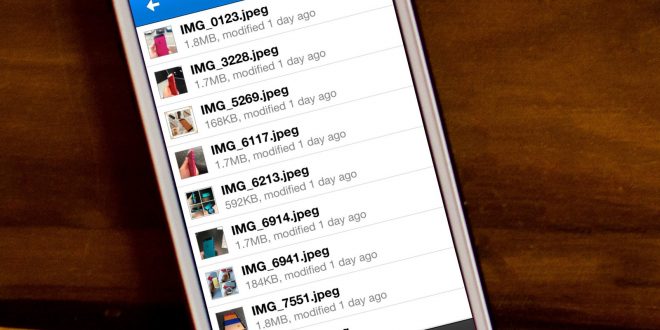 Dropbox is considered to be one of the most popular file hosting services. A special folder can be created on any device and the files contained in it would be synchronized with the server of the Dropbox so that the user can open it anytime anywhere in the Dropbox option installed in any of his or her devices. It is the most preferred platform for the purpose of cloud storage because of its impressive features as well as free space. The interface of download is very easy for uploading and downloading of photos, videos, files and other kinds of content. It also provides free space of 5GB to its users after which they have to subscribe to one of its plans. Users can easily get access to the web version as well as app version of Dropbox with the help of a single ID. Dropbox is really helpful in freeing up the space of any device. The Electronic Frontier Foundation has given a five-star rating to Dropbox for its excellent performance.Since its inception, Dropbox has acquired over 1 million users all over the world. Dropbox consists of computer apps which are suitable for Apple MacOS, Microsoft Windows and Linux computers. It also consists of mobile apps which are suitable for Android, iOS and the Windows phone. There is an automatic photo uploading feature available in Dropbox which allows the automatic uploading of photos as well as videos smartphones, tablets, cameras, SD cards, etc. which would later be downloaded in the folder called Camera Uploads in Dropbox. Dropbox completely simplifies the work of the users by enabling the use of a central platform for accessing as well as the sharing of files. There are advanced security features available in Dropbox along with space for collaboration as well as sharing and dedicated life support. It is a unique and secure platform for storing all the work in one single space. Dropbox is available in Dropbox business and Dropbox basic. This creative space of Dropbox reduces the busywork and brings back the files together to one single central place and these files can be synced in all the devices. It is very easy to send large files easily even to those people who do not have a Dropbox account. There are various features such as shared folders, doc scanner, online access, etc.

There are definite procedures for downloading and transferring of the files from Dropbox to Mac, iPad, iPhone or Windows. Given below are the steps for saving photos from Dropbox to iPad or iPhone which would make it easier for the users to have access to these features:

Step 1: First open the Dropbox app on the iPad or iPhone. The users may be asked to sign in again in case they have not signed in for a long period of time.

Step 2: Then tap on the Photos option from the menu available on the bottom of the device which would be showing the photos save on Dropbox.

Step 3: Tap on the particular photo which needs to be transferred or imported.

Step 4: Tap and hold on that photo which is being opened. After that an option bar would appear on the screen of the device.

Step 5: Then the Save to Camera option would appear after which the users have to tap on it.

After that the photo would be exported to the Camera Roll.

Given below are the steps for saving photos from Dropbox to Windows or Mac:

Step 1:First of all open www.dropbox.com on Windows PC or Mac. Then log into the particular account.

Step 2: Four options would be available on the extreme left corner i.e. Home, Files, Paper and Showcase. The files option needs to be clicked on.

Step 3: Then click on the Photos option. This would show those photos which are saved on Dropbox.

Step 4: After that click on Ellipsis or the three dots.

Step 5: Then the download option appears which needs to be clicked on.

The users also need to keep in mind that Dropbox gets filled up quickly if the users keep on uploading the media files. Only 5GB of space is provided by Dropbox. This is also available on the iCloud account. Therefore, altogether 10GB space would be available for the users. Dropbox can be considered as one of the best platforms for the users for handling multiple files together. The photo downloading features available on Dropbox is one of the best features which are available for the users. Thus, the users are advised to use their space judiciously different devices through which they can make the most of their iCloud as well as the Dropbox accounts. Dropbox is a kind of platform which is one of the best platforms for online storage.

Support all the latest iPhone, iPad and iPod Touch

Both Free and Pro version.

If you lost data after you updated to a new iPhone, you can always use Gihosoft iPhone Data Recovery to get the data back from the old iPhone or backup.You may also like: iphonerecovery.com

I’m Load The Game’s co-founder and community manager, and whenever I’m not answering questions on social media platforms, I spend my time digging up the latest news and rumors and writing them up. That’s not to say I’m all work and no fun, not at all. If my spare time allows it, I like to engage in some good old fashioned online carnage. If it’s an MMO with swords and lots of PvP, I’m most likely in it. Oh, and if you’re looking to pick a fight in Tekken or Mortal Kombat, I’ll be more than happy to assist! Connect with me by email markjudge (@) loadthegame.com only
@@MarkJudgeLTG
Previous Is It Possible to Learn Programming Online from Scratch?
Next Samsung Galaxy S10+ vs. Apple iPhone XS Max – The battle of the giants