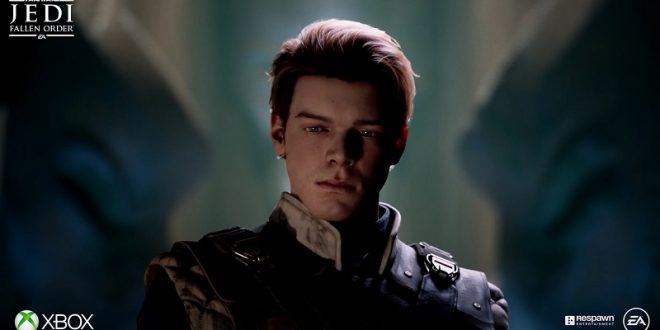 The Star Wars series has had a rough time in the gaming world lately, with both of EA’s Battlefront games being drenched in controversy over shady business decisions. However, there’s some hope yet with Star Wars Jedi: Fallen Order, which will be a single-player game without any microtransactions.

The game is set to launch in November of this year, but pre-orders for the game have been live for a while now. The game is set to launch on multiple platforms, but the Amazon page is currently offering pre-orders for the PS4 and Xbox One versions at a discount. You can get either one currently for $49.99, which is $9.99 off the retail price. You can check out the links below if you’re interested in picking them up.

The following is an overview form the official Amazon page:

“Cinematic, Immersive Combat – Jedi: Fallen Order delivers the fantasy of becoming a Jedi through its innovative lightsaber combat system – striking, parrying, dodging – partnered with a suite of powerful Force abilities you’ll need to leverage to overcome obstacles that stand in your way

A New Jedi Story Begins – As a former Padawan on the run from the Empire, you must complete your training before Imperial Inquisitors discover your plan to revive the Jedi Order

The Galaxy Awaits – Ancient forests, windswept rock faces, and haunted jungles are all unique biomes you’ll explore in Jedi: Fallen Order, with the freedom to decide when and where you go next”

Star Wars Jedi: Fallen Order is set to launch for PS4, Xbox One and PC on November 15th.

Previous Landinar Into The Void Cheats Add Unlimited Money, No Weapon Overheat, More
Next The Elder Scrolls Blades Early Access Out Now For All