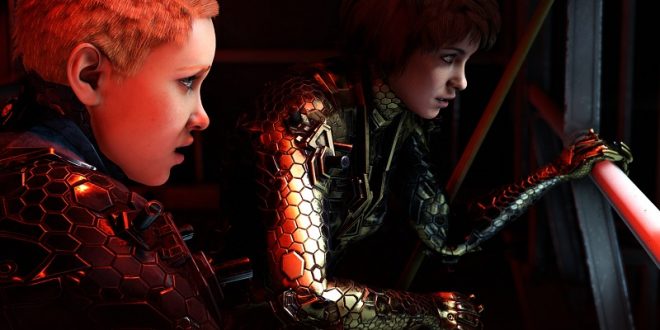 The Wolfenstein series is set to continue very soon, albeit in an unusual way with Youngblood. The game stars the twin daughters of regular protagonist B.J. Blazkowicz, the latter of which has gone missing in Nazi-occupied Paris. The daughters are on a rescue mission to find and save their father, and it won’t be much longer until their mission gets underway.

While the game is set to launch for multiple platforms, we now know both the PS4 and Xbox One download file sizes. Neither of the file sizes are massive, which is likely due to the fact that this game serves more as a smaller spin-off rather than a full-blown sequel. The PS4 version takes up 35.71 GB of space, whereas the Xbox One version takes up 38.5 GB of space.

The following is an overview from the official Steam page:

Nineteen years after the events of Wolfenstein II, BJ Blazckowicz has disappeared after a mission into Nazi-occupied Paris. Now, after years of training from their battle-hardened father, BJ’s twin daughters, Jess and Soph Blazkowicz, are forced into action.

Team up with a friend or play alone. Level up, explore, and complete missions to unlock new abilities, weapons, gadgets, cosmetics, and more to complement your playstyle and customize your appearance.

Wolfenstein: Youngblood features the most open-ended Wolfenstein experience to date. From a new base of operations located deep in the heart of the Paris catacombs, plan how and when to attack and dismantle the Nazi regime.”

Previous Top 4 Online Games for 2019
Next Can An Online Gambling Give You The Same Experience?