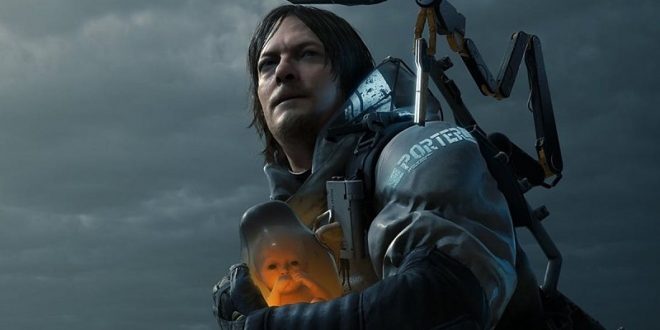 The latest game from Hideo Kojima is coming later this year, with the ambitious Death Stranding being quite unlike anything else we’ve seen in some time. For those of you wanting to get every little ounce of content out of the game’s world that you can, luckily for you there is a book coming out around the game’s launch that should satisfy you.

Amazon has recently updated their page for The Art of Death Stranding, which is the official art book for the game. The following is the complete product description:

“After the collapse of civilization, Sam Bridges must journey across a ravaged landscape crawling with otherworldly threats to save mankind from the brink of extinction. From legendary game creator Hideo Kojima comes an all-new, genre-defying experience for the PlayStation®4 system. In the near future, mysterious explosions have rocked the planet, setting off a series of supernatural events known as the Death Stranding. With spectral creatures plaguing the landscape, and the planet on the verge of a mass extinction, it’s up to Sam Bridges to journey across the ravaged continent and save mankind from impending annihilation.

The Art of Death Stranding is packed with hundreds of pieces of concept art for the characters, equipment, locations and creatures featured in the game, as well as early and unused concepts, including artwork by acclaimed artist Yoji Shinkawa.”

There are 256 pages in total, with publishing duties being handled by Titan Books. The release date is currently set for November 12th, making it four days after the release of the game itself. The price for the book is $39.95, though the cover for the book has not yet been finalized.

Previous Google Drops Dessert-Themed Names As It Announces Android 10
Next Can You Run Borderlands 3? PC Specs And Graphics Settings Here