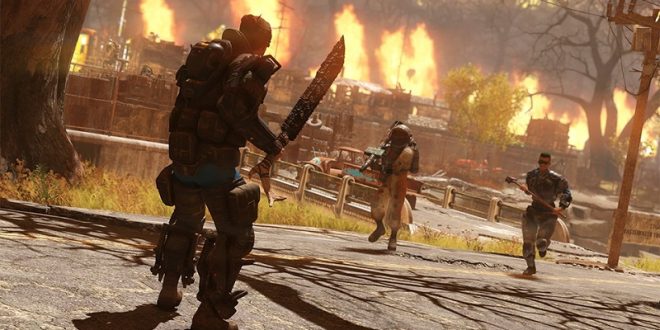 The new expansion for Bethesda’s Fallout 76 is on the way, which is set to be by far the biggest expansion the game has received so far. Lots of new content will be added to the game via the Wastelanders expansion, including factions, areas and the long-awaited addition of living human NPCs with a dialogue system reminiscent of Fallout 3.

While the game does not have a concrete release date just yet, that hasn’t stopped the ESRB from releasing their official rating for the game. The game ended up receiving an M (for Mature) rating, with content descriptors being Blood and Gore, Drug Reference, Intense Violence, Strong Language, Suggestive Themes, and Use of Alcohol. As always, a more in-depth rating summary was also provided that you can read in full below.

“This is an open-world role-playing game in which players must survive/thrive in a post-apocalyptic world. From a first- or third-person perspective, players search for supplies/food while battling other survivors and mutant creatures. Players use machetes, machine guns, rocket launchers, and grenades to kill ghoul-like creatures and other enemies in frenetic combat. Some weapons allow players to blow ghouls apart, resulting in flying limbs and chunks of flesh; wounded characters can also be executed with gunshots to the head, resulting in decapitation. The game contains some suggestive material in the dialogue: “I’ve got a button-shaped bruise on my backside after that last romp on the console”; “Nothing brings me down to Earth like making love to you on the cold, hard ground.). The game includes frequent references to drugs called Chems, which are sometimes used as plot points for characters; Chems can be found, manufactured, and used to enhance performance/skills of characters, though there is no actual depiction of use. A handful of story missions require players’ character to acquire ingredients to make alcoholic beverages; one alcoholic drink (Nukashine) can cause the screen to blur and/or discolor after being consumed. The words “f**k” and “sh*t” appear in the dialogue.”

The Fallout 76 Wastelanders expansion is set to launch for PS4, Xbox One and PC at some point in the first quarter of 2020.