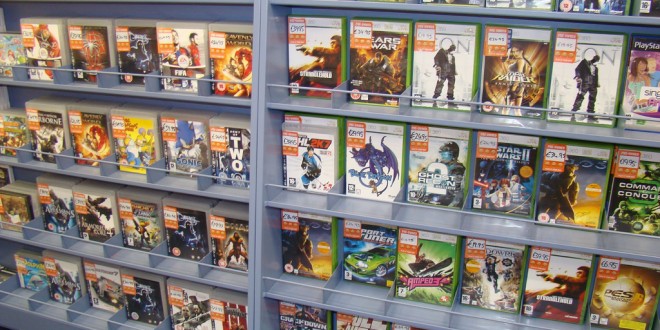 The NPD Group’s research data has been made public, and the numbers are out. After declining sales in the gaming industry throughout 2011 and 2012, 2013 saw some growth in sales numbers, even though they are minimal. In total, $15.39 billion were spent by American gamers throughout 2013, a minor 1% more than the previous year. If we take into account gaming hardware sales as well, the growth is actually 2%, mostly assisted by the launch of the Xbox One and Playstation 4.

The trends show that most of the money is being shifted into digital purchases. $7.22 billion were spent on various forms of digital gaming entertainment, including social media games, mobile games, service subscriptions, digital downloads and games, DLC’s and microtransactions. Physical and PC games took a smaller piece of the pie, more exactly $6.34 billion, while used games and rentals account for $1.83 billion in sales numbers. These figures tend to highlight that the industry is constantly shifting towards the online environment, with more and more money going towards mobile entertainment, and less going into concrete physical content. Gaming hardware saw a total increase in sales of 5% compared to 2012. This is mostly attributed to the massive sales of the new Sony Playstation 4 and Microsoft Xbox One. The Xbox One saw over 3 million units off the shelves in 2013, while the Playstation 4 was picked up by 4.2 million consumers. It’s safe to assume that without the launches of these two consoles, sales in the hardware department would have actually been lower than in the previous year. “NPD reported declines in content and hardware spending in both 2011 and 2012, so the growth in 2013 is a positive indicator for future market growth as we enter the first full year with all three new consoles on the market.” is what NPD analyst Liam Callahan had to say about the matter. “The bottom line is that the overall games market is growing” he added.

Old-school gamer with a cheeky tongue that gets me in trouble. When I'm not playing games, I'm writing about them, preferably in the vicinity of a fridge! Oh, and if you're a Justin Bieber fan, I'm afraid we can't be friends!
Previous Jason Holtman leaves Microsoft
Next Girl arrested for flashing kids at beach