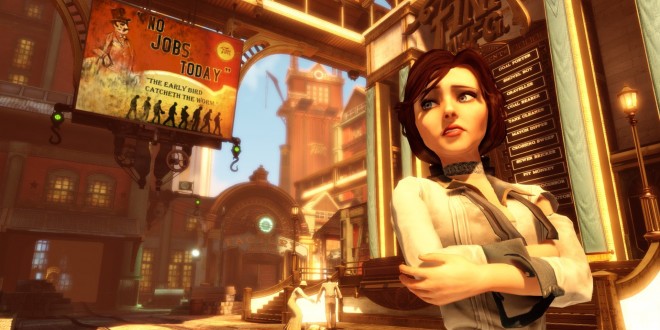 The gaming world was taken by surprise this week, when news of BioShock and System Shock developer Irrational Games’ intentions of shutting down became public. Irrational Games has decided to shut down after 17 years of game development, and a core of 15 members of their team will be moving to a newly formed studio, under Ken Levine. Ken Levine, the head of Irrational Games, has decided to take a step back, and focus on creating story-driven indie games once more, returning to the company’s founding values. The decision left BioShock fans in disbelief, unsure about the future of their beloved franchise.

The rights to the BioShock franchise have gone to publisher 2K Games, who has now declared that the series will most likely continue.  In an exclusive interview with Polygon, the publisher stated that “BioShock is one of our most beloved and critically acclaimed franchises, and we are indebted to Ken and the talented team at Irrational Games for their contributions to the series with BioShock and BioShock Infinite; the latter being one of the most decorated games of 2013.” This means that there’s most likely a future for the BioShock franchise.  Referring to BioShock, 2K mentioned that it “remains a rich creative canvas for many untold stories, and we look forward to exploring the next BioShock experience.”

Irrational Games will be shutting down shortly, after the last BioShock Infinite DLC, Burial at Sea Episode 2, is released this spring. Surely, Ken Levine’s motivation to disband Irrational Games wasn’t due to the poor quality of their last game, as BioShock Infinite reaped multiple awards last year, and was considered to be one of the best games of 2013. In fact, BioShock Infinite received several Game of the Year awards from prestigious press publications, and was extremely well received by both the gaming community and the critics alike. Seeing that 2K Games has plans to keep the franchise going is a huge relief. We’re only slightly concerned about who exactly will take over the development of future BioShock games. Whoever it will be, they will have huge boots to fill!

Old-school gamer with a cheeky tongue that gets me in trouble. When I'm not playing games, I'm writing about them, preferably in the vicinity of a fridge! Oh, and if you're a Justin Bieber fan, I'm afraid we can't be friends!
Previous Girl arrested for flashing kids at beach
Next Adventures in Wildstar