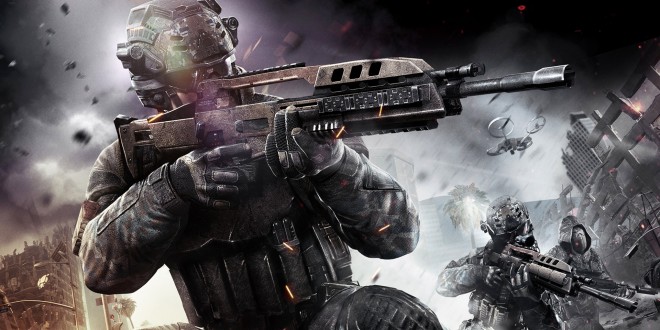 At this point, nobody is surprised that we’ll be seeing a new Call of Duty game this year too. In fact, it has become some sort of ritual for Activision to provide us with a new title in the series around every Christmas. It’s like a Christmas present, it simply has to come each year, but it’s also coming from an unimaginative gift giver, as Call of Duty has been becoming less interesting with each passing year. Call of Duty: Ghosts didn’t manage to receive the critical acclaim the first Modern Warfare pulled off. It came with the same rehashed engine, the same gameplay and simply not enough meaningful innovations to keep players interested. The gaming community actually received the game rather poorly, something that didn’t seem to slow down sales though.

This year, the development of Call of Duty is moving away from Infinity Ward and into the hands of Sledgehammer Games. Sledgehammer might be a competitive game developer, but when it comes to modesty, there’s a lot its members still need to learn about. Sledgehammer co-founder Glen Schofield was not shy about praising the studio’s upcoming Call of Duty at this year’s GDC, claiming that the title was both the most “ambitious” and the most “creative” title they have worked on. Yeah, like we haven’t heard that before. Activision boss Robert Kotick did the same, calling the upcoming Call of Duty “perhaps the best Call of Duty game ever created.” We haven’t heard that before either!

With each passing year, we get a new Call of Duty. With each passing year, the quality of the CoD games is diminishing, despite developers and publishers praising it time and time again. Perhaps it’s time to come up with something new and give Call of Duty a rest? Well, that’s not going to be the case. We already know CoD will be getting a new title each year. Next year’s title is handled by Treyarch, while a new Infinity Ward Call of Duty will be landing in 2016. I often wonder if this is what the gaming industry is slowly coming down to – endless, never-ending cash-grab series? Call of Duty 23, Assassin’s Creed 16 or FIFA 31 don’t seem far-fetched titles anymore. Regardless, let’s give Sledgehammer the benefit of the doubt and see what they can come up with? Who knows, perhaps this year, we’re actually going to get a good Call of Duty game for a change, one that actually brings some innovation and a breath of fresh air to the CoD franchise. We’re not holding our breaths though!

Are you going to pick up this year’s Call of Duty, and if so, why?

Old-school gamer with a cheeky tongue that gets me in trouble. When I'm not playing games, I'm writing about them, preferably in the vicinity of a fridge! Oh, and if you're a Justin Bieber fan, I'm afraid we can't be friends!
Previous Assassin’s Creed 5 has been finally revealed
Next So you are a girl gamer