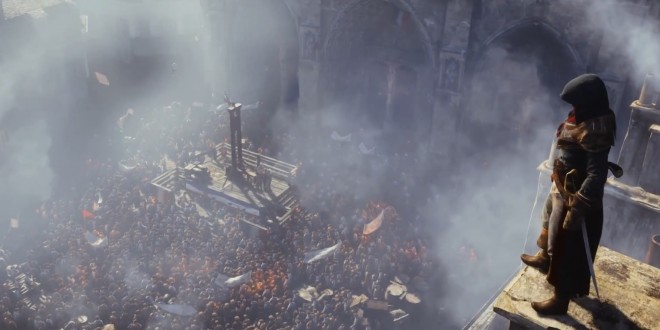 Assassin’s Creed 5 has been finally revealed

A lot of speculation had been going on over where and when the next chapter in the saga will take place. Some fans suggested Japan was a likely setting, while others put their money on an Industrial-age London or a French setting. Well, France it is it seems, and the game will be set in Paris during the French Revolution. A historically and culturally rich period, this setting will surely satisfy all fans of the series. Assassin’s Creed 5 doesn’t just come with a new setting though. From what we can see in the first teaser trailer of the game (keep in mind that Assassin’s Creed 5 is still in an alpha stage at this time), Ubisoft made a huge leap, at least in terms of visuals. The game looks gorgeous from a first-look, and it’s the first Assassin’s Creed game to truly look next-gen.

Lastly, Assassin’s Creed 5 will star a new protagonist, but details about the character haven’t been revealed yet. This much is certain – he’s going to be a male, and he’s going to be Caucasian (which is somehow normal, given the time-frame and location). He’s likely to be a part of the French Revolution, but that’s pretty much where the guessing needs to stop. Everything else is shrouded in secrecy so far. Are you excited about Assassin’s Creed: Unity? Take a look at the new trailer below and let us know!

Old-school gamer with a cheeky tongue that gets me in trouble. When I'm not playing games, I'm writing about them, preferably in the vicinity of a fridge! Oh, and if you're a Justin Bieber fan, I'm afraid we can't be friends!
Previous Fat Guy jumping on ice
Next Next Call of Duty to be the “Best Call of Duty ever created”