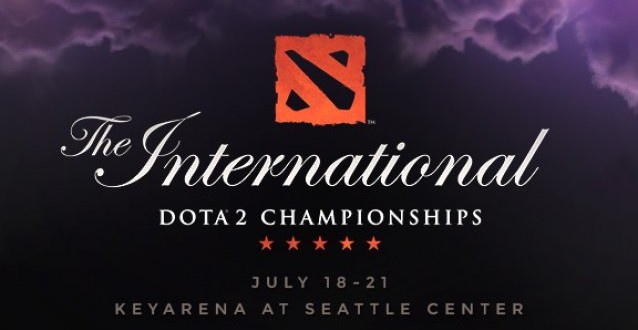 Valve announced one week ago that the biggest Dota 2 event of the year will be held at the Key Arena in Seattle and will take place between July 18th and the 21st.

The 10.000 tickets that were put on sale for the championship were already gone within an hour. The news comes directly from Valve’s Vice President of Marketing, Doug Lombardi which confirmed that “Tickets were gone roughly one hour after they went on sale”.

Prices for the event ranged from 99$ (General Admission) to 199$ (Floor Seats) as well as the VIP package for no less than 499$. It is unknown at this time if another wave of tickets will be put on sale any time soon.

The TI4 qualifiers have changed a bit since last year’s TI3. Aside from the 11 teams that will be directly invited there will be four Regional Qualifiers that will take place between May 12th and the 25th. Last year, there were only two regions. This time around we have Europe, the Americas, China and South-East Asia each competing for a spot. The runner-ups will then compete for the 16th slot in a mini DOTA 2 tournament held in Seattle before the main event.

Last year’s The International prize pool reached an impressive 2,874,381 $  and is to date the largest prize pool in E-Sports history, not just for DOTA 2. Will we see even more this year? That’s a pretty big number already but E-Sports are getting really big as well so it wouldn’t surprise us if it did.

I’m Load The Game’s co-founder and community manager, and whenever I’m not answering questions on social media platforms, I spend my time digging up the latest news and rumors and writing them up. That’s not to say I’m all work and no fun, not at all. If my spare time allows it, I like to engage in some good old fashioned online carnage. If it’s an MMO with swords and lots of PvP, I’m most likely in it. Oh, and if you’re looking to pick a fight in Tekken or Mortal Kombat, I’ll be more than happy to assist! Connect with me by email markjudge (@) loadthegame.com only
@@MarkJudgeLTG
Previous Xbox One or PS4? Sheldon from The Big Bang Theory might help you decide
Next Watch Dogs System Requirements just released for PC, the game is now available for pre-order on Steam