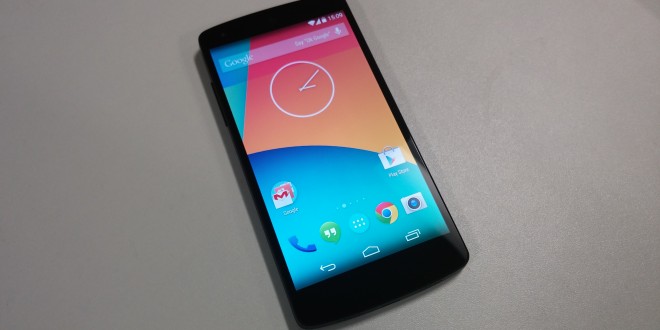 The Google Nexus 5 gets some price cuts

Thinking about picking up a Google Nexus 5? Well, now might be a good time. The phone was never extremely expensive to begin with, but the Google Nexus 5 just got cheaper on Ebay. If you want to pick one up, you can do so now for a measly $334.99 on the 16 GB Nexus 5, and $379.99 on the 32 GB version. While it’s not a huge price-drop, there’s definitely a lot of phone for the money in there. The deal also comes with free shipping, so there’s not much to be unsatisfied with.

The Google Nexus 5 is still enjoying great popularity world-wide, and is one of the best value rated phones out there. For what you’re paying, you’re getting quite a lot, including a full HD 5 inch screen, 2 GB of RAM, a Snapdragon 800 quad-core CPU and a good 8 MP camera with Optical Image Stabilization. The phone also comes in multiple colors, including white, black, red and the newly added yellow. Unfortunately, this deal only applies for the black version of the Nexus 5, but hey, at this price, we can’t really be picky. Add to that the benefit of Google supporting the latest versions of Android on it (including the coming Android L), and you have a really good deal. Mind you, this price is carrier free.

The deal runs through the entire week (or until stocks are depleted), so you’ll have plenty of time to pick one up. If you’re not interested in the Google Nexus 5 (which, frankly, you should be, since it’s an amazing and affordable phone that comes highly recommended by the Android community and critics alike), you’ll be pleased to know that Google will indeed launch the Nexus 6 towards the end of the year. The company is also working on the Silver line of phones, but there’s little information about that, apart from the fact that it’s not coming this year. In any case, there’s plenty to look forward to if you’re not a fan of the Nexus 5. If you are however, this is as good as smartphone deals get!

Old-school gamer with a cheeky tongue that gets me in trouble. When I'm not playing games, I'm writing about them, preferably in the vicinity of a fridge! Oh, and if you're a Justin Bieber fan, I'm afraid we can't be friends!
Previous Mortal Kombat X will likely have at least one guest character
Next The Sony Xperia Z3 gets leaked online, first images and specs appear