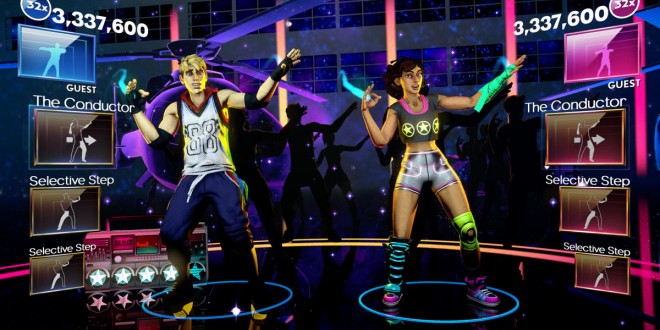 Harmonix has announced that Dance Central Spotlight is releasing September 2 on Xbox One. The game, which was first shown at Microsoft’s press conference at E3 in 2014, will be available on the Xbox Game Store for just $9.99. The low cost is due to the fact that Dance Central Spotlight only comes with ten songs. This will allow users to spend money on choosing what songs they want in the game  by buying DLC rather than paying a higher fee for a set soundtrack.

There will be over 50 songs available as DLC at launch, with Harmonix looking to expand that significantly in the future. Any songs players have purchased as DLC for any of the previous games on the Xbox 360 will also be available to download for free.  A Harmonix publicist also confirmed on NeoGAF that the game will feature brand new dance moves for older songs that players have already purchased along with the older choreography.  The songs included in the game are:

The Dance Central series has so far seen three full releases, all exclusive to the Xbox 360. The games make use of the Kinect camera so that users can perform dance routines to popular songs. Players can also compete against others to earn higher scores by performing moves more accurately. The last title, Dance Central 3, was released in 2012. Harmonix are also working on a reboot of Amplitude for PlayStation 3 and PlayStation 4, Fantasia: Music Evolved and Chroma. A recent survey by the developer also suggested that they could be looking to bring back the Rock Band series to next generation consoles.

Freelance writer with a love for gaming. Have owned pretty much every console and handheld from the last 15 years. When I'm not writing about games, which I am most of the time, I tend to be reading, writing about sport, binge watching shows on Netflix...or playing the odd video game.
@nathanpgibson
Previous Sony Xperia Z2 launches in the US complete with a discount
Next PS4 firmware update details expected to arrive “very soon”

At the PlayStation Experience I was able to walk around the show floor, play upcoming ...