Breaking News
Home » Mobile » Can the Nexus Foo be real? 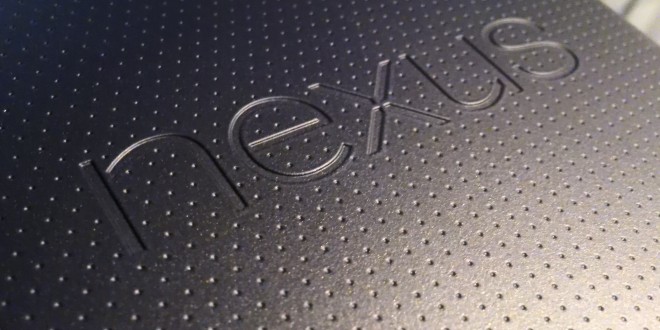 Can the Nexus Foo be real?

There has been a massive leak on a benchmark site of a new Nexus device dubbed Foo. That’s all we can say is completely and unequivocally true. The name does confuse already, since we have been used to Nexus [aquatic animal] [series number] format from Google, so this is something indisputably new and unheard of.

What the benchmark reveals is even more confusing, since we are confronted with a 10.3 inch display, without touchscreen or a rear camera, sporting only a front camera, even though the benchmark says it’s not supported, sources online have been reinforcing that it does have a front shooter. The benchmark reveals a 1920*1080 resolution and a 1.9 GHz Tegra 4 processor with 2 GB of RAM. We can see that the device will feature Bluetooth and Wi-Fi, but there will be no sensors like accelerometer, barometer, GPS, compass, gyroscope, light sensor, NFC or a proximity sensor for that matter.

At the same time, we see Android KKWT, which we’ve usually seen in wearable devices running Android Wear, so our confusion is intensifying and we’ve no idea whether this leak is real or the benchmark site has been fooled. 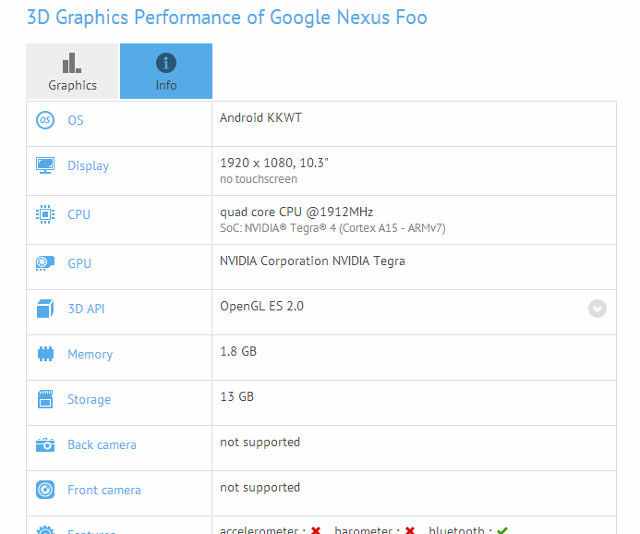 Maybe there was a mistake in listing the touchscreen, that would explain a lot of things and might helps us actually imagine a device that would be compatible with these specs, otherwise, we are at a loss for words.

The specs seem pretty good, pointing towards an average device, which may actually be a laptop or notebook, for all we know, but we’d be very surprised to see such a thing with a Nexus logo so soon. We’ve been looking forward to the Nexus 6 Shamu and Nexus 9, but at least we know a fair share about their specs, appearance and release date, and they correspond to a plausible device, whereas the Foo seems impossible, although we hope Google has invented something over the top high-tech on Mr. Gadget’s level.

Keep in mind, these are mere rumors and benchmark sites are generally easy to fool, but pay attention to the news in the next few days, who knows, we might be pleasantly surprised by some rad innovation.

My life-long dream has been to test out every gadget on the market! Considering the fact that I've rapidly destroyed almost every gadget I've had so far, I'm not inclined to owning something, so my ideal outcome would be to have a different gadget each month. I'm really into smartphones, wearables and tablets and I love Playstation and Xbox, I'm sure I'll beat you at your own game (after a month of training... or two)
Previous Nokia Lumia 730 – The Selfie Phone – price, specs, release date leaked
Next HTC One M8 Max and HTC Desire A11 leaked online