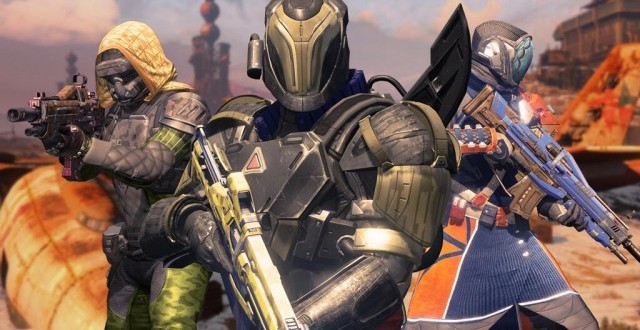 Bungie recently announced that item trading in Destiny will not be possible when the game launches next month. The company feels that every item in your inventory must be earned and nobody should be able to become powerful without some hard work. This is very bad news in case you have friends that only start playing further along the line and you want to help make things easier for them by donating a few of your unwanted items. On the other hand, these items wont necessarily become useless if you don’t need them on your main as you can always give them to the other Guardians under you account. The good news here is that once you become a total badass in Destiny everybody will know that you’ve earned your gear and we all know that bragging rights are pretty important in most MMOs.

“Only with your enemies. Trade your ammo for their loot,” Bungie said when asked about item trading. “You know the best way to deliver ammo to a Cabal Centurian? You’ll figure it out, and it’s tons of fun. As for swapping irons in the Tower? Nope. We want you to earn ‘em. You should be able to tell a badass story for every sweet jewel in your arsenal. Once you earn them, the various Guardians under your account will be able to trade them, but weapons belong to the players who acquire them through action and bravery.”

Bungie said earlier this year that trading might become available in Destiny at some point if the community asks for it so don’t rule out that possibility just yet. The company also confirmed that microtransactions wont be a thing either at launch so let’s hope that Bungie keeps it that way. The bottom line here is that if you want something great you’ll have to work hard for it, just like in real life. Destiny will be released on September 9th for Xbox 360, Xbox One, PS3, and PS4.

I’m Load The Game’s co-founder and community manager, and whenever I’m not answering questions on social media platforms, I spend my time digging up the latest news and rumors and writing them up. That’s not to say I’m all work and no fun, not at all. If my spare time allows it, I like to engage in some good old fashioned online carnage. If it’s an MMO with swords and lots of PvP, I’m most likely in it. Oh, and if you’re looking to pick a fight in Tekken or Mortal Kombat, I’ll be more than happy to assist! Connect with me by email markjudge (@) loadthegame.com only
@@MarkJudgeLTG
Previous Nolan Bushnell, founder of Atari, regrets having sold the company to Warner Communications
Next The Elder Scrolls Online will feature a new loyalty program soon