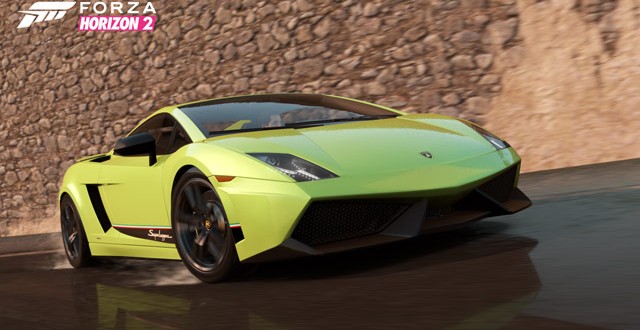 Microsoft announced earlier that a demo for the highly anticipated Forza Horizon 2 will be available on September 16th, two full weeks ahead of the official launch. The game will also come out for the Xbox 360, but it doesn’t look like there’s going to be a demo for this version as no announcement was made. Playground Games’ latest title will feature hundreds of different cars ranging from classics like the 1954 Jaguar  XKL120 SE to modern ones like the Lamborghini Huracan. We don’t know how many cars will be available in the demo, but Microsoft says that we’ll get access to “a handful of the world’s most beautiful cars” and we’ll get to drive them across southern Europe. As for the Xbox 360 version of Forza Horizon 2, Playground Games says that it will have a different set of features and run on a difference engine than the Xbox One version.

“It’s based in the same world, it’s based on the same themes,” Playground Games creative director Ralph Fulton said a while back. “Rather than thinking of them as the same game on different platforms, they are different games inspired by the same ideas. There are things we are doing in Forza Horizon 2 on Xbox One that honestly couldn’t be done on any other console.” All in all, it sounds like there will be quite a number of differences between the two versions and there will definitely be a lot more benefits if you play it on the Xbox One. The differences likely come from the fact that Playground Games is only developing the Xbox One version of Forza Horizon 2 while the Xbox 360 one is being handled by Sumo Digital.

It’s becoming more and more obvious that developers are racing (no pun intended) towards the next generation of consoles and only making last-gen versions because there’s still a very large user base. But we’re glad they’re doing it anyway because it’s gonna be a while before most users will be able to switch to next-gen so might as well let everybody enjoy the games in the meantime. Forza Horizon 2 will be released on September 30th for Xbox 360 and Xbox One.

I’m Load The Game’s co-founder and community manager, and whenever I’m not answering questions on social media platforms, I spend my time digging up the latest news and rumors and writing them up. That’s not to say I’m all work and no fun, not at all. If my spare time allows it, I like to engage in some good old fashioned online carnage. If it’s an MMO with swords and lots of PvP, I’m most likely in it. Oh, and if you’re looking to pick a fight in Tekken or Mortal Kombat, I’ll be more than happy to assist! Connect with me by email markjudge (@) loadthegame.com only
@@MarkJudgeLTG
Previous The LG G3 is expected to sell 10 million units according to the Korean tech giant
Next PlayStation Plus members get access to six free games this September