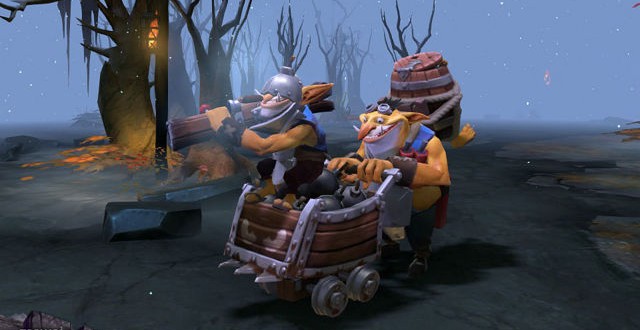 Valve showcased the notorious Techies during The International 2014, but didn’t really say much about the highly anticipated hero since then. Now, the company finally announced that we will be able to play as the explosive squad in Dota 2 starting next week when the new update kicks in. Following this addition, the game will literally never be the same again as Techies is expected to bring a lot of unbalance to Dota 2 because of his abilities. The hero was responsible for the most first bloods in the original game and he will undoubtedly follow this pattern of destruction here as well. Valve confirmed his abilities, but not the damage they inflict so we’ll just have to wait and see if they somehow managed to balance him after all.

“Dota 2 welcomes its most notoriously explosive personalities: Techies,” Valve said earlier in a blog post. “Now every forest trail, every escape route, and every creep camp can become your most devilish trap. Of course, if your foe steps lightly (or has a Gem of True Sight, or upgraded their Necronomicon) they might dodge your well-placed mines, avoid your ensnaring stasis traps, and sidestep your hidden remote explosives. But even when they’re finally face-to-face with the giggling trio, they’ll still need to contend with your deadly suicide detonation. When Techies are around, nowhere is safe!”

The upcoming update also includes an Arcana item set for Techies called The Swine of the Sunken Galley. This set consists of 5 separate pieces and features inscribed gems for all of his abilities as well as custom animations, sound effects, spell icons, portrait and more. Moreover, Valve is also introducing three commentators, a courier and a HUD skin inspired by the hero. Techies aside, the update features a few more pleasant surprises, one of which being the new All Random Deathmatch mode. This mode not only forces everyone to play as a random hero, but they must also play a new one after every death. However, each team may only lose up to a total of 40 heroes before their players will stop respawning so don’t go dying on purpose just because you don’t like a certain hero and want a new one.

Several Compendium stretch goal rewards will also make their way to Dota 2 once the update kicks in. These include the Assured Victory Shout, the Squint and Laugh Taunt for Techies, the Battle Glory Kill Banner and The International 2014 Music Pack. These rewards are only available to Compendium owners.

I’m Load The Game’s co-founder and community manager, and whenever I’m not answering questions on social media platforms, I spend my time digging up the latest news and rumors and writing them up. That’s not to say I’m all work and no fun, not at all. If my spare time allows it, I like to engage in some good old fashioned online carnage. If it’s an MMO with swords and lots of PvP, I’m most likely in it. Oh, and if you’re looking to pick a fight in Tekken or Mortal Kombat, I’ll be more than happy to assist! Connect with me by email markjudge (@) loadthegame.com only
@@MarkJudgeLTG
Previous Apple sent out invites for the iPhone 6, iWatch and iOS 8 launch event
Next New details on Assassin’s Creed: Unity emerge after Twitter Q&A