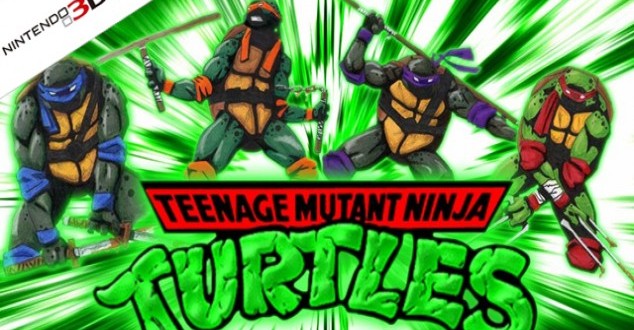 Activision announced that they are going to release another Teenage Mutant Ninja Turtles game, called “Danger of the Ooze”. The game will be a side-scrolling action experience, taking place between the second and third seasons of the Nickelodeon animated series.

The game is being developed by Wayforward Technologies, the studio behind Silent Hill: Book of Memories and Duck Tales Remastered. Teenage Mutant Ninja Turtles: Danger of Ooze will be released on the Xbox 360, Playstation 3 and 3DS later this year. The publisher states that the TMNT game blends classic 2D fighting and platforming with the 3D art from the show. The story of the game is described briefly by Activision. Shredder, Tiger Claw and a new army of mutants threaten the streets of New York, forcing the Teenage Mutant Ninja Turtles to take matters into their own hands.

The publisher says that the new Turtles game opens up a vast, interconnected, non-linear game world. Players will have several powers, upgrades and equipment aiding them in battle. According to Activision, the game will allow you to freely swap between characters. Each turtle has his own unique strengths and skills. While the game features fast-paced combat, you can also choose to perform stealth-based attacks.

This summer, Activision released another Teenage Mutant Ninja Turtles game, based on Michael Bay’s blockbuster. The game, which had the same title as the movie, was released exclusively on the 3DS and featured hack and slash gameplay. The TMNT game was developed by Magic Pockets, known for House of the Dead Overkill: The Lost Reels and The Sims Medieval for iOS. The game’s plot revolved around mad genius Baxter Stockman’s mutants and robots who have united with the armies of the Foot Clan to terrorize New York City. Again, the Turtles had to get into the middle of the action and stop the bad guys.

I'm a journalism graduate and an occasional gamer. As a kid I used to own a NES clone called "Terminator 2", which was hugely popular in my country. I like old school games and adventure games but I occasionaly play RPG's and Shooters as well, though I wouldn't call myself an expert at these kinds of games. When I'm not writing or playing games I prefer reading detective or fantasy novels.
Previous Vibe X2, Vibe Z2 Lenovo phones introduced to Chinese market
Next Android Wear 2.0 to arrive on October 15