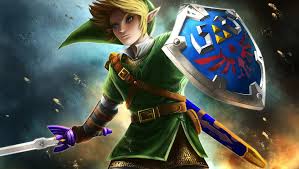 Hyrule Warriors was initially sketched as a Zelda game, rather than what eventually became of it. Eiji Aonuma stated in the Nintendo Life interview that the initial idea was to make a game closer to Zelda – limited boss battles taking place in dungeons and certain character appearances in the game. But then, Shigeru Miyamoto intervened and said that the game will be a Dynasty Warriors game with Zelda added on top. “At first, when Hayashi-san approached me, he wanted to make this title closer to a Zelda game than a Dynasty Warriors game — that extended to having boss battles in the dungeons and [having] certain characters in the game. However, Mr. Miyamoto came along and up-ended the tea table, saying, “No, that should not be the case. What we’re doing here is grafting Zelda onto the Dynasty Warriors experience” It was a reversal of the original proposal from Hayashi-san, which was adding elements of Dynasty Warriors onto the Zelda franchise. It ended up being the other way around based on Miyamoto’s direction”.

Therefore, Hyrule Warriors became a crossover that draws the best of both worlds and will certainly appeal to both camps – Zelda and Dynasty Warriors fans alike. Yosuke Hayashi of Koei Tecmo said that the intentions behind Miyamoto’s approach was to offer something new to the Zelda fanbase, rather than what they were used to. The game did retain some Zelda elements, such as sound effects and animation, much to the delight of the fans. Eiji Aonuma also said that “One of the things that I think is required by a Zelda game is, for example, the loading scenes, which we kept — like the first scene where you come upon a treasure box and you have Link, or whoever, lifting the item up from the treasure box”. The game’s combat closely resembles that of Dynasty Warriors, but it also has Zelda features, such as the “lock-on” system.

Since its release in Japan, Hyrule Warriors has had mixed reviews overall, although leaning on the positive side. Famitsu gave it a 36/40 score. Hyrule Warriors was released in Japan on August 14 and is scheduled to be released on September 19 in Europe and September 26 in North America for the Wii U.

Alessandro is a languages and literature student and gaming enthusiast. Long hair and a bushy beard, he spends most of his time on romantic dates with fascinating old tomes. In his free time, he follows and comments the gaming community while playing games. You can follow him on twitter to see what he's up to.
Previous PopCap’s John Vechey has left the company
Next Ubisoft will bring Assassin’s Creed Unity, Far Cry 4 & more to EGX London