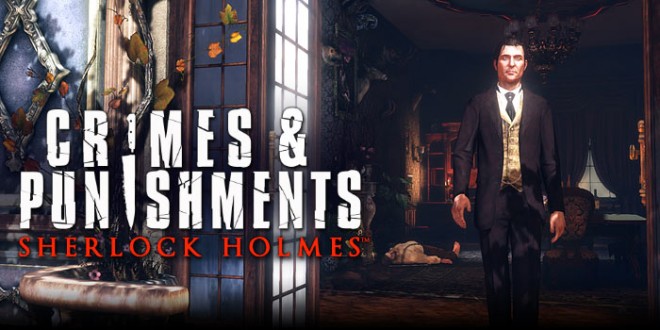 Frogwares released a new teaser for “Sherlock Holmes: Crimes and Punishments”. The new video shows players that they can and they might fail concluding the investigation successfully. The developer specifically made the game this way so that the result is all up to you. If you fail and arrest the wrong person, Sherlock will make a comment, blaming himself for his mistakes. Sometimes, finding out who the right culprit is and the story behind the case can lead to you having to make a moral choice: whether condemning the suspect is the right thing to do or not.

“Sherlock Holmes: Crimes and Punishments” is the developer’s seventh game that uses Sir Arthur Conan Doyle’s characters. For this installment, however, Frogwares claims to have also taken inspiration from BBC’s “Sherlock” series. This game is something new and different because it’s not just a linear adventure game, but an experience that is solely based on players’ skills. What happens during the game’s seven cases is not just a story that unveils as you play, but one that you create through your actions. These cases can vary from murders to disappearances or thefts. This is the first game in the Sherlock Holmes series built with Unreal Engine 3, which, the developers state, allowed them to create a superior game to what they have done so far, in terms of both graphics and gameplay.

Through the previous trailers the developer released, it was shown that Crimes and Punishments will blend the classic Sherlock, from the Arthur Conan Doyle stories, with the modern version depicted in the British television series. This is done in an attempt to draw a wider range of audiences to the franchise.

Sherlock Holmes: Crimes and Punishments is being developed by Frogwares and published by Focus Home Interactive. The game will be released on PC, Playstation 3, Playstation 4, Xbox 360 and Xbox One.

I'm a journalism graduate and an occasional gamer. As a kid I used to own a NES clone called "Terminator 2", which was hugely popular in my country. I like old school games and adventure games but I occasionaly play RPG's and Shooters as well, though I wouldn't call myself an expert at these kinds of games. When I'm not writing or playing games I prefer reading detective or fantasy novels.
Previous Dragon Age: Inquisition’s A.I. is “pretty intelligent”, says BioWare
Next 2 new Driveclub PS4 bundles announced

Frogwares released a trailer that showcases the locations players will have to explore in order ...