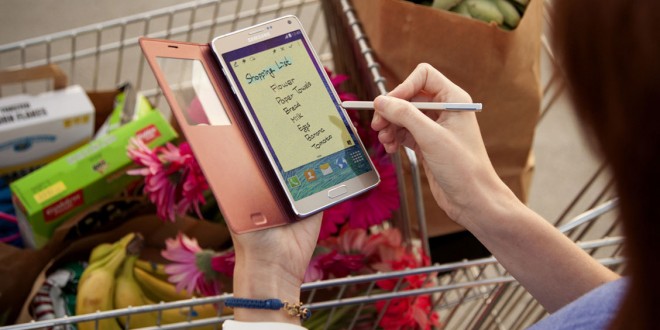 Samsung has been implementing TouchWiz UI on Android into Galaxy phones for quite some time now. Many have criticized TouchWiz for being too colorful and cartoonish, which is true in comparison to the new Material Design elements Android has been implementing in the Google Play Store and future Android L OS. Samsung’s TouchWiz is the most popular ROM, surpassing CyanogenMod and Paranoid Android, mostly because it comes with Galaxy phones such as the Galaxy Note 4, Galaxy S5 and Galaxy Edge.

TouchWiz has been considerably improved once Samsung launched the Galaxy Note 4, with a great interface for the S Pen stylus and various improvements to the colors and transitions on the UI. Even though, in the past, TouchWiz hasn’t been the most appreciated ROM you could use out there, it has become more popular and more appreciated since the Galaxy Note 4 release. Nonetheless, Samsung has seemingly become aware that TouchWiz might not be the perfect iteration of what the company can do with an UI, so rumors have it that it’s working on a successor to replace TouchWiz.

We have been hearing rumors about Iconic UX for some time now, leakers revealing screenshots of the TouchWiz successor showing not much of a difference compared to Samsung’s current ROM. Recent rumors say that while Iconic UX was just a suspicion earlier this year, Samsung has now filed a patent for Iconic UX, confirming the name as well as new features that would come to the TouchWiz successor. Supposedly, Iconic UX will allow users to swipe between UI elements by swiping up or down, allowing for expansion or compaction of categories such as the gallery, music player, calendar and more.

While the patent for Iconic UX, the TouchWiz successor has been filed, there is no confirmation from Samsung on when this new UI will hit Samsung phones. Rumors have it that Iconic UX is a ROM, but others say that it could very well be a new interface for Tizen OS. It’s a likely option that Iconic UX is not a TouchWiz successor, but a Tizen tweak, since rumors have it that Samsung is working on a new mid-range Tizen smartphone which might show up by the end of the year. What do you think: is TouchWiz getting a successor, ar we seeing just concept images or is Iconic UX a new part of Tizen? You can check out screenshots of the patent filing courtesy of GalaxyClub.nl below.

My life-long dream has been to test out every gadget on the market! Considering the fact that I've rapidly destroyed almost every gadget I've had so far, I'm not inclined to owning something, so my ideal outcome would be to have a different gadget each month. I'm really into smartphones, wearables and tablets and I love Playstation and Xbox, I'm sure I'll beat you at your own game (after a month of training... or two)
Previous How the original Assassin’s Creed inspired Assassin’s Creed Unity
Next Galaxy Note 4 comes with surprising battery life